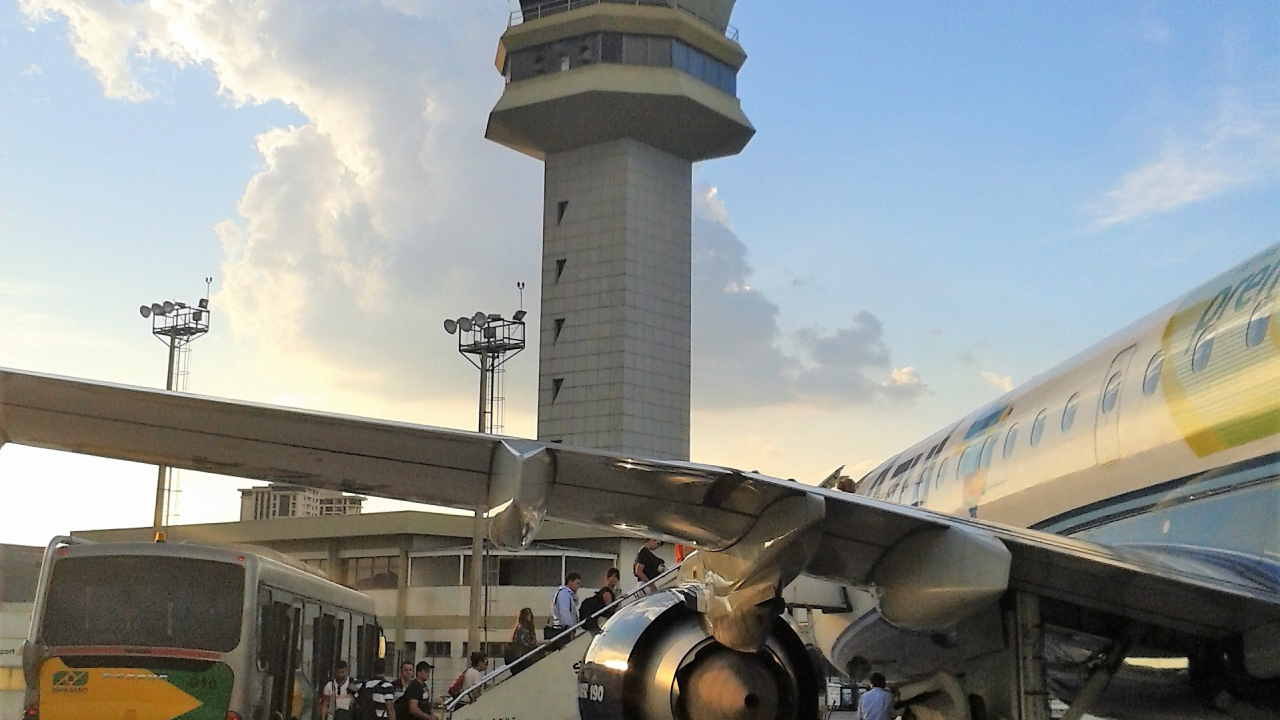 Brazil’s second busiest airport will be under new management after Spanish operator Aena placed the winning bid for the biggest airport cluster in the seventh round of airport privatizations from the Brazilian government.

Through the subsidiary Aena Desarrollo Internacional, Aena has been awarded the concession of 11 airports, located in four states (São Paulo, Mato Grosso do Sul, Minas Gerais and Pará) for a period of 30 years, with the possibility of an additional five years. Pre-pandemic, in 2019, the group of 11 airports recorded a total of 26.8 million passengers, roughly 12% of Brazil’s air traffic that year. Congonhas-São Paulo alone processed 22.8 million of those travelers.

At a public auction, the subsidiary placed the winning bid of 2,450 billion Brazilian reals, about $474 million. Aena stated: “With the sum of the commitments indicated in the concession specifications, the total value of the operation amounts to approximately 4,089 billion Brazilian reals (~$790 million).” The concession contract is scheduled to be signed in February next year.

Aena could barely conceal its excitement at the win, describing it as “the most significant in the international field so far.” The company emphasized that domestic traffic in Brazil had fully recovered from pandemic, concluding that “Brazil’s potential is undisputed.”

Aena’s Chairman and CEO, Maurici Lucena, noted that the priority would be “to create value for its public and private shareholders and employees”. He added: “Despite the hard times we have been through due to COVID19, we are convinced that Aena’s internationalization is a guarantee for the future of the company.”

The one and only bid for the biggest airport cluster in the 7th round came from Aena.

The full list of 11 concession airports and their state locations is as follows (with 2019 traffic numbers):

However, Aena is keenly focused on the opportunities of São Paulo state. It covers an area of 248,219 square kilometers—about half the size of Spain, and its population is 46.3 million inhabitants, similar to that of Spain or Argentina and twice that of Chile, and four times that of Portugal.

“These population figures offer an enormous area of potential uptake,” said Aena. “In addition, São Paulo is the largest financial center in Latin America and Brazil, the largest economy in the region and the ninth in the world.”

The 11-airport award consolidates Aena’s position in the Brazilian market. It already has experience via the Northeast Brazil Airport Group, of wholly managing another six airports in the northeast of the country since 2020. The Spanish company therefore becomes the manager of Brazil’s largest concession airport network.

Aena claims that its network model “attracts synergies in various areas” to create managerial and operational efficiency. In the case of Brazil, during the start-up of operations, the initial phase can be optimized; and in the area of technology, airport management developments can be adapted.”

The Northeast Brazil Airport Group has an established team and is immersed in an investment plan to enhance the connectivity of the six gateways in the northeast region. Aena is therefore aware of the particularities of the Brazilian market.

Aena also has a presence in the United Kingdom, where it manages 51% of London Luton Airport, and in Mexico, Colombia and Jamaica.