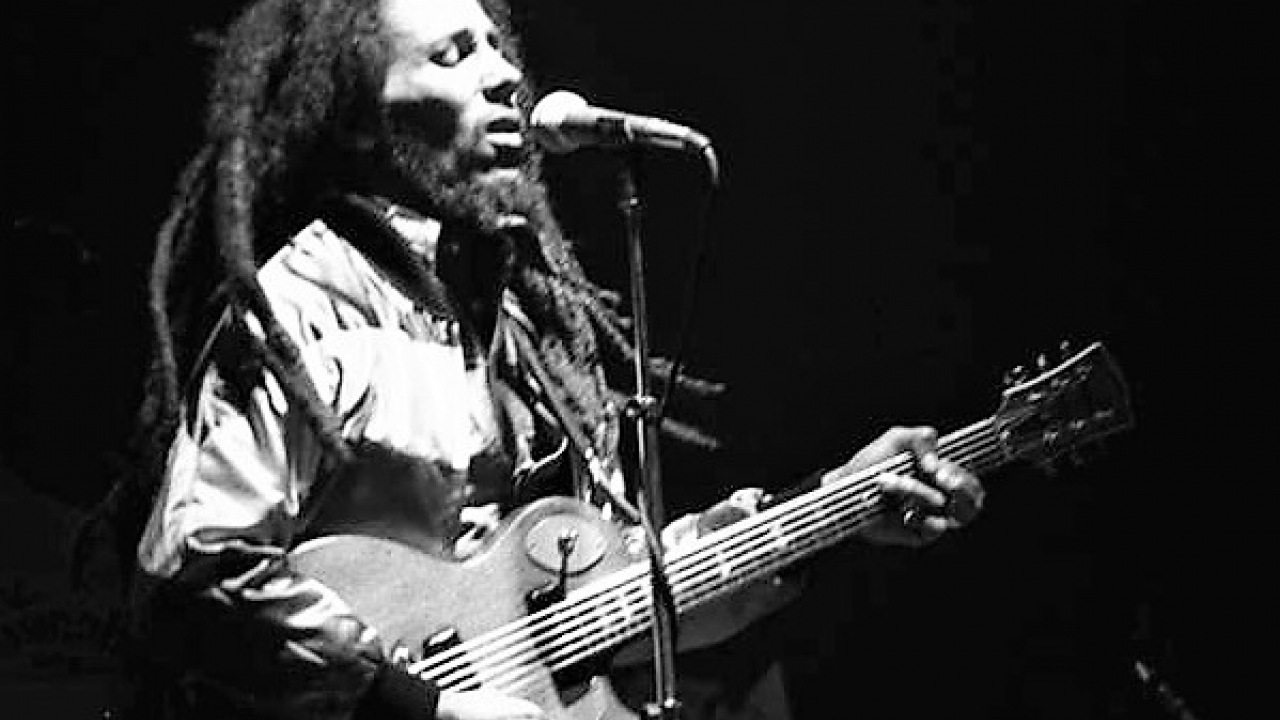 Jamaica’s busiest international gateway, Sangster International Airport (MBJ), which serves the Montego Bay area, had a substantial retail face-lift in December. Part of the revamp will be the first Bob Marley-branded restaurant anywhere in the world which is due to open in a few weeks.

The dining experience—called Bob Marley – One Love (after the 1984 hit, a re-recording of the 1965 Wailing Wailers single)—is a highlight of MJB’s modernization and it will be accessible to airside passengers in the departure lounge.

According to the airport operator—MBJ Airports Limited (owned by Grupo Aeroportuario del Pacifico (74.5%) and Vantage Airport Group (25.5%))—the restaurant is “currently exclusive to Sangster International with a scheduled opening date of February 2023.” Bob Marley – One Love will be operated by Express Catering Limited (ECL), a listed subsidiary of Margaritaville Caribbean Group (MCG) which owns and operates a string of Jimmy Buffet Margaritaville food, beverage, retail, and entertainment units in the Caribbean. Margaritaville was singer-songwriter Buffet’s highest-charting hit.

In September, in an interim report on its quarterly results to August 2022, ECL’s CEO Ian Dear was optimistic about the tourism rebound at Sangster Airport and said that the winter season “promised to be the biggest since Covid-19.” In the three months to August, ECL generated revenue of almost $5 million. That should be boosted by the current passenger growth at the airport, plus a ‘Bob Marley effect’ from next month.

The retail and dining space at Sangster International has been a long time coming. Planning for the departures expansion began in 2017 but the pandemic put the brakes on. London-based The Design Solution took on the gateway’s commercial planning strategy and, together with consulting group Pragma, it was also instrumental in the redevelopment of the retail program to bring it up to international standards. 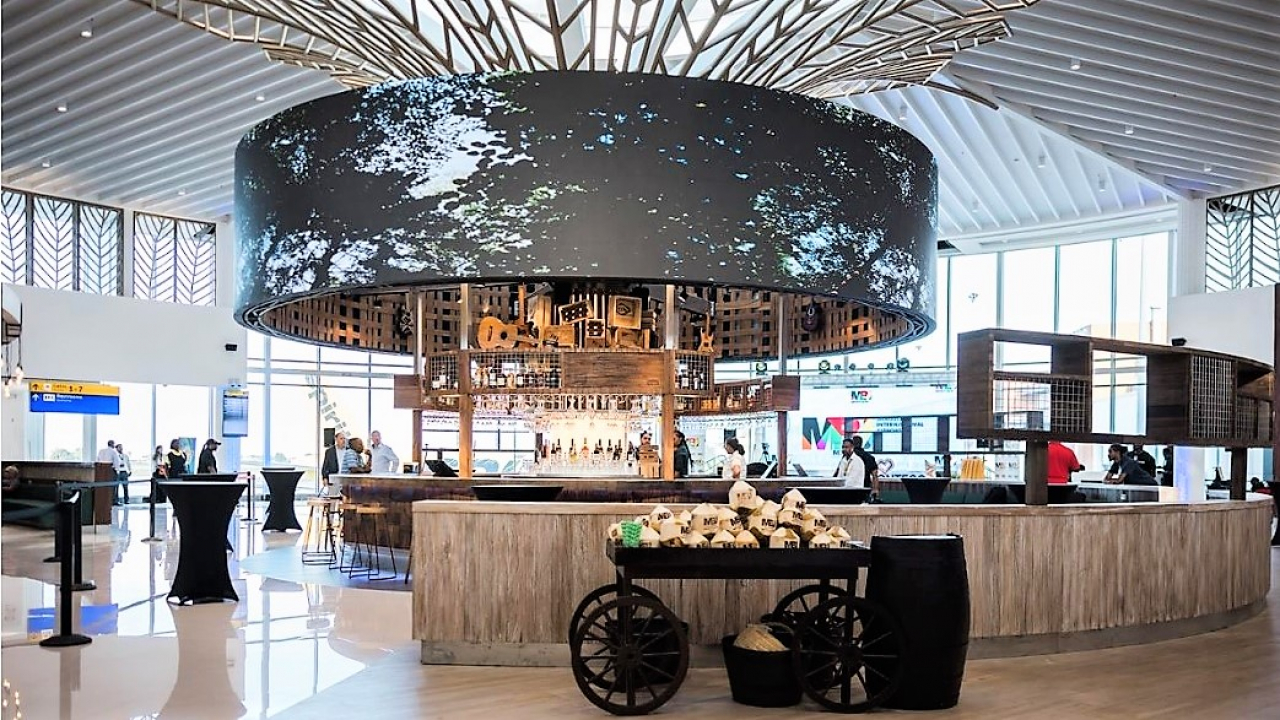 View of the Central Bar in the newly expanded departure area at MBJ.

The Bob Marley – One Love restaurant is a key part of the transformation strategy to deliver “a memorable and stimulating experience” for passengers. In total, the departures revamp covers 43,000 square feet, of which 14,000 square feet is dedicated to a large walk-through duty-free store operated by global travel retailer Dufry. More than a dozen local retail operators are also present.

The centerpiece of the space is a 40-foot-high rotunda with a floor-to-ceiling curtain wall that creates the focal point of the newly developed food court with a palm tree-inspired bar and wrap-around LED screens.

Approximately 95% of all passengers at MBJ are traveling internationally and according to the airport operator, of the approximately 1.7 million annual visitors to Jamaica, 72% use MBJ as their primary gateway.

MBJ’s CEO Shane Munroe commented: “Airports worldwide have been forced to assess their strategic outlook given the impact of the global pandemic. Early lessons taught us at MBJ that we needed to continue responding to the crisis with agility, innovation, and a passenger-centric focus.

“I am truly proud of the entire team that has worked to make this vision a reality and we will be pursuing transformational changes that are equally passenger-focused and operationally impactful. This will future-proof MBJ’s continued recovery. The completion of this work is one step as we work towards our vision of being a leading tourism destination airport while remaining uniquely Jamaican.”

FAA Rules Out Cyber Attack After Nationwide Grounding in U.S.