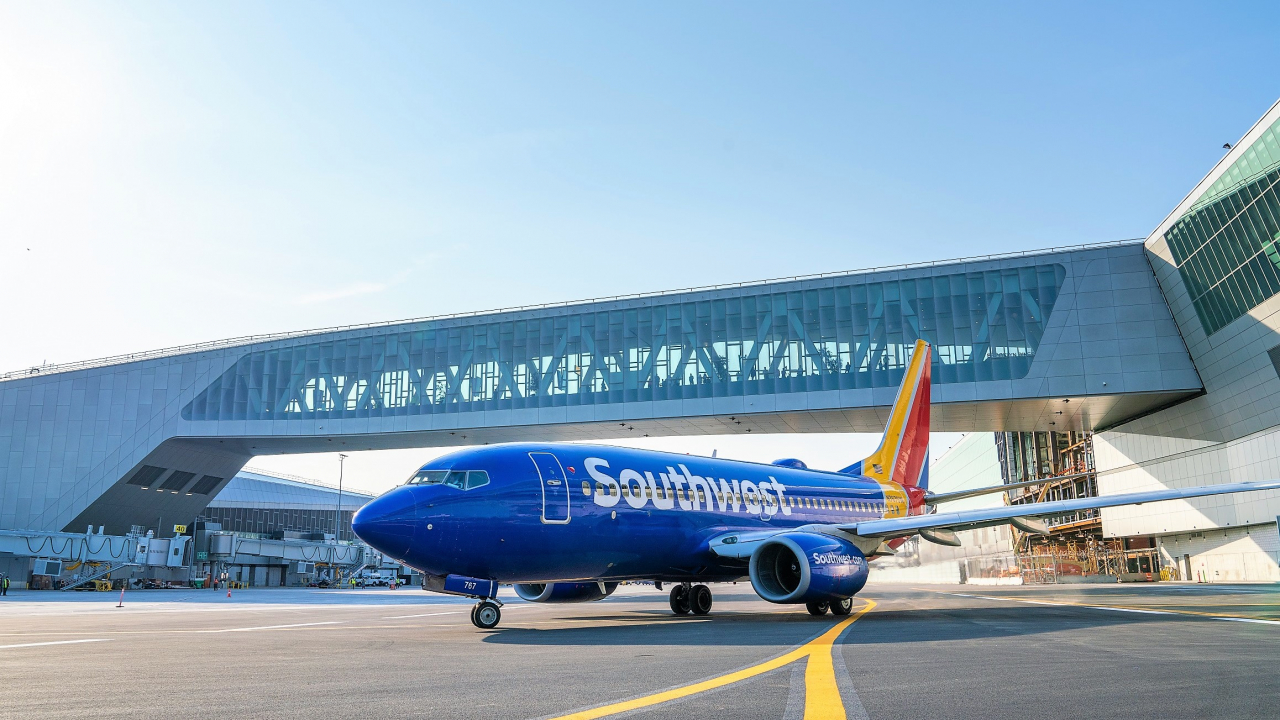 The last pieces of the redevelopment of LaGuardia Airport’s Terminal B, were put in place at the end of July, marking the completion of “a remarkable journey” according to owner the Port Authority of New York and New Jersey (PANYNJ).

The new terminal opened back in January but the addition of two final gates and the remainder of taxiways were the symbolic last elements to become operational for what has been hailed as one of the largest public-private partnership (PPP) projects in American aviation history.

The construction value of the Terminal B project is estimated at roughly $4 billion and is half of the $8 billion revamp of the entire airport. Other major elements include the opening of Delta’s new Terminal C in June.

The full LaGuardia overhaul has created a large number of opportunities for certified Minority and Women-owned Business Enterprise (MWBE) contractors, vendors and consultants. According to PANYNJ, the project has generated a record $2 billion in MWBE contracts, the largest participation at any PPP project in the history of New York state.

LaGuardia Gateway Partners (LGP) is the private entity managing the new 35-gate, 1.3 million-square-foot facility and holds a 35-year lease. Among Terminal B’s features are soaring ceilings, floor-to-ceiling windows, a state-of-the-art security checkpoint, art from world-renowned artists as well as a new standard in restaurant and retail facilities—all part of PANYNJ’s focus on improving standards for passengers. 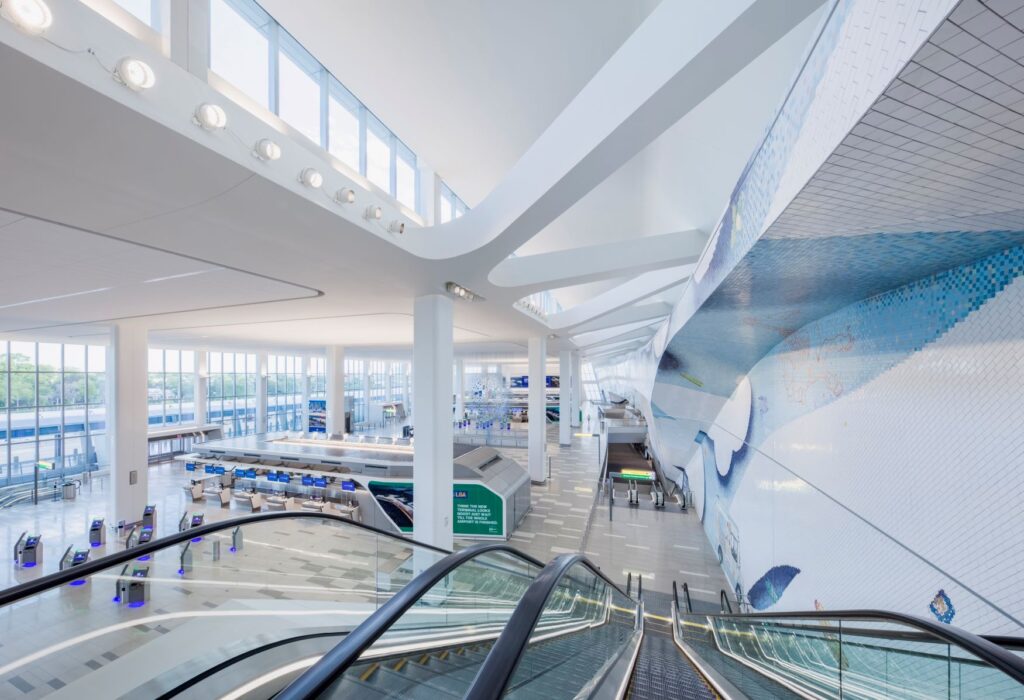 The arrivals and departures areas are spacious and airy.

“The activation of the final two gates at LaGuardia Airport’s new Terminal B is the final capstone for a magnificent and award-winning new terminal,” said Rick Cotton, Executive Director of PANYNJ. Chairman Kevin O’Toole added: “We couldn’t be prouder.”

In December last year, the new terminal was internationally recognized with UNESCO’s prestigious Prix Versailles as the best new airport in the world in 2021.

While the new terminal was being built, the original central terminal building (CTB) remained operational throughout the construction process through a construction phasing plan, which included building over the top of the old facility while it was still functioning.

The last of the 1960s-era CTB was torn down in early 2022 to make way for aircraft taxiways under the new terminal’s skybridges. The design of the dual skybridges—claimed to be the only such feature at any airports worldwide—allowed for the addition of two extra miles of taxiway space for the busy domestic airport which processed 15.4 million passengers in 2019.

In its entirety, the Terminal B redevelopment took over 17 million hours of work and 40,000 tons of steel. With an eye on sustainability, more than 90% of the construction and demolition waste—about 69,000 tons—was diverted from landfills, and the terminal received LEED v4 Gold certification, the highest awarded by the U.S. Green Buildings Council.

Stewart Steeves, Chief Operating Officer of Vantage Airport Group and Chairman of LaGuardia Gateway Partners, said: “This is a monumental achievement and a testament to the dedication and expertise of every member of the Vantage and LGP teams, and our many partners, which transformed Terminal B.”

Have Your Say About the Future of Airport Commerce