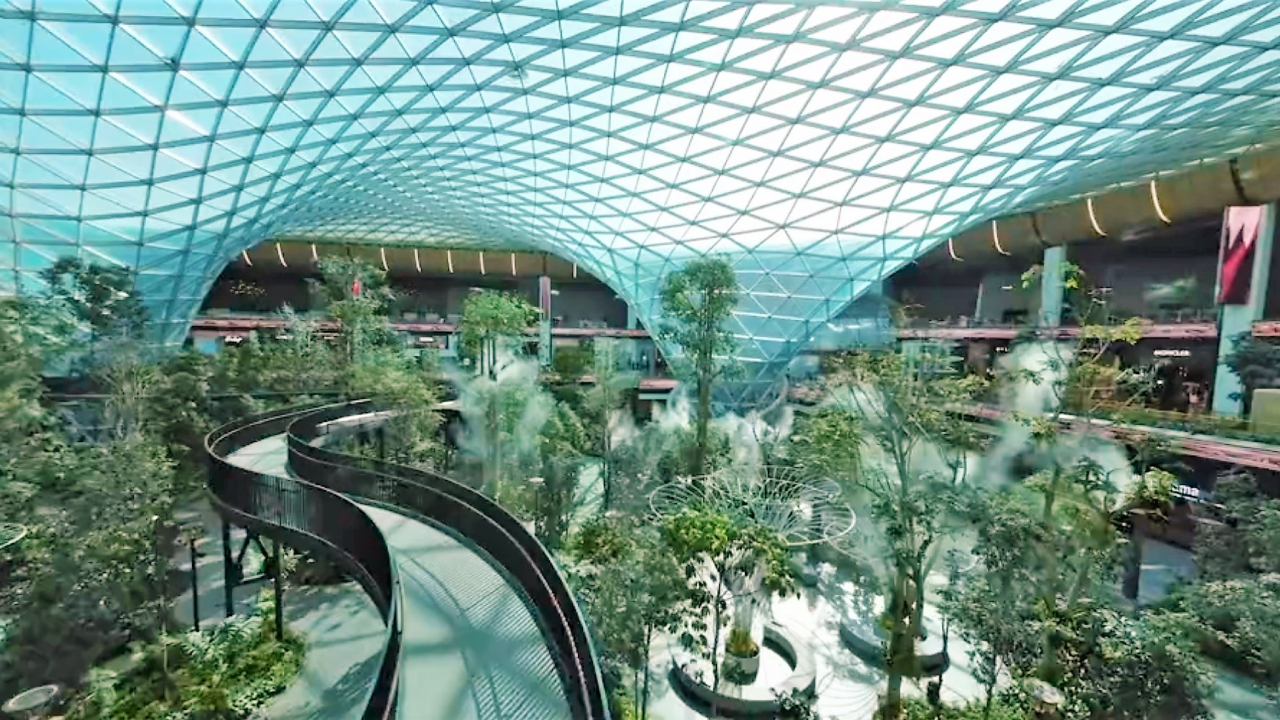 MATAR, the Qatar company operating and managing Hamad International Airport (HIA) in Doha is moving ahead with further expansion, following the successful opening of its Phase A Orchard extension.

The grand garden design—all the rage in airports at the moment as exemplified by Singapore Changi Airport’s Jewel, which opened before the pandemic, and the new terminal at India’s Bengaluru Airport—opened just before the FIFA World Cup kicked off on November 20. Next, the Phase B project will commence in January 2023 to increase the capacity of the airport to “well over 70 million passengers” and construct two new concourses within the existing terminal.

HIA’s Orchard complex has already transformed the terminal into an indoor tropical oasis, complete with a 6,000-square-foot water feature and a luxury line-up of branded boutiques in very close proximity that few capital cities could match.

The 65,000-square-foot garden—filled with more than 300 trees and over 25,000 plants sourced from sustainable forests around the world—sits at the center of the futuristic expansion. Around it on the upper floor, the airport’s retailer, Qatar Duty Free, has managed to attract a roll call of the world’s biggest luxury names in some pretty stunning digital boutiques. 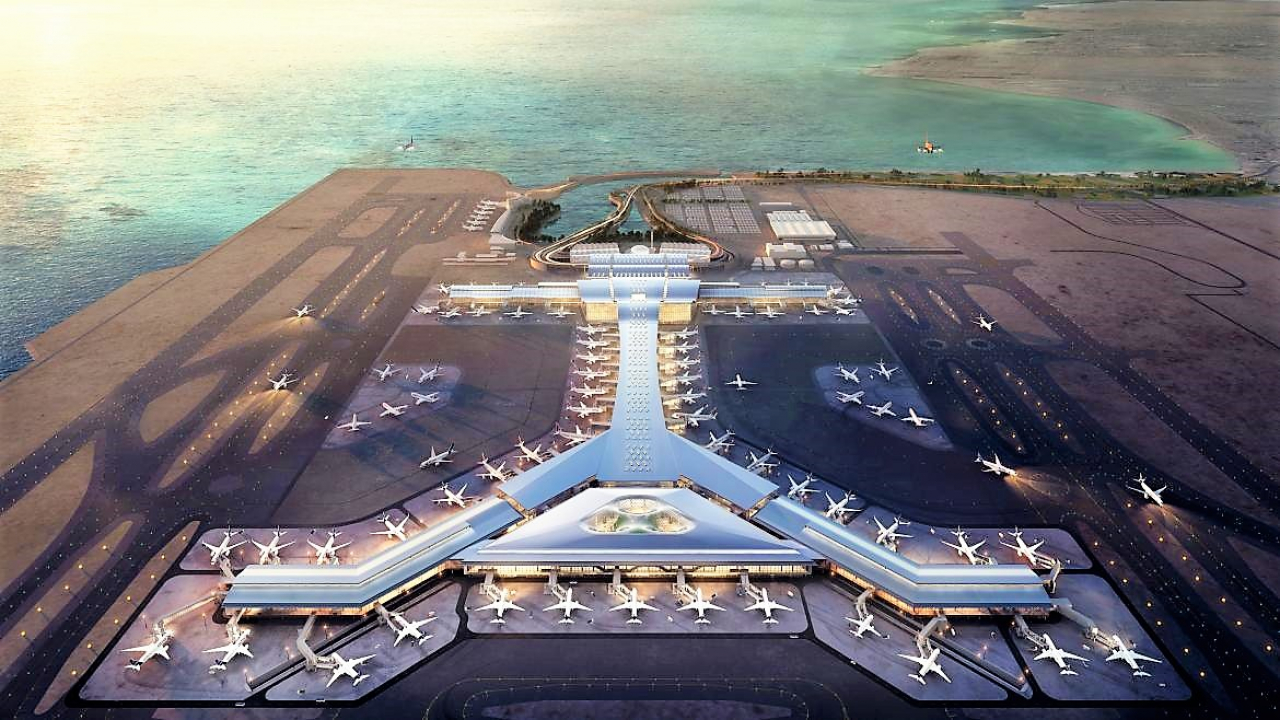 MATAR's expansion in 2023 will create a 75 million capacity airport.

Both Qatar Duty Free and HIA are subsidiaries of Qatar Airways Group whose CEO, Akbar Al Baker, said that the airport had grown to become “the ultimate example of a successful, sustainable global facility.” He added: “The environment here speaks for itself; it is unmatched anywhere in the world.”

MATAR timed the reveal of the new extension and its upscale shopping perfectly for the FIFA World Cup. Al Baker commented: “This extension marks a milestone in our FIFA journey which we have all been looking forward to for the past 12 years.”

The Phase A expansion takes HIA’s capacity up from 40 million passengers to 58 million annually. When the Phase B work is done, the gateway should be able to handle 75 million travelers by extending the concourses on either side of The Orchard.

These developments, along with the high-end retail offer, reinforce HIA's position as a global connecting air hub with 150 destinations and growing. The shopping and service elements are also drivers of non-aeronautical revenue, and profitability in particular. Qatar Airways Group does not break out its retail income but in the year ending March 2022, overall sales exceeded the same period to March 2020, while the group swung from a huge loss of over $4 billion in FY21 to a profit of $1.5 billion in FY22.

Prior to opening The Orchard, HIA had just over 430,000 square feet of duty-free and concession space housing more than 90 luxury and accessible stores, as well as more than 30 restaurants and cafés. The expansion project has delivered an additional 126,000 square feet of retail and F&B. 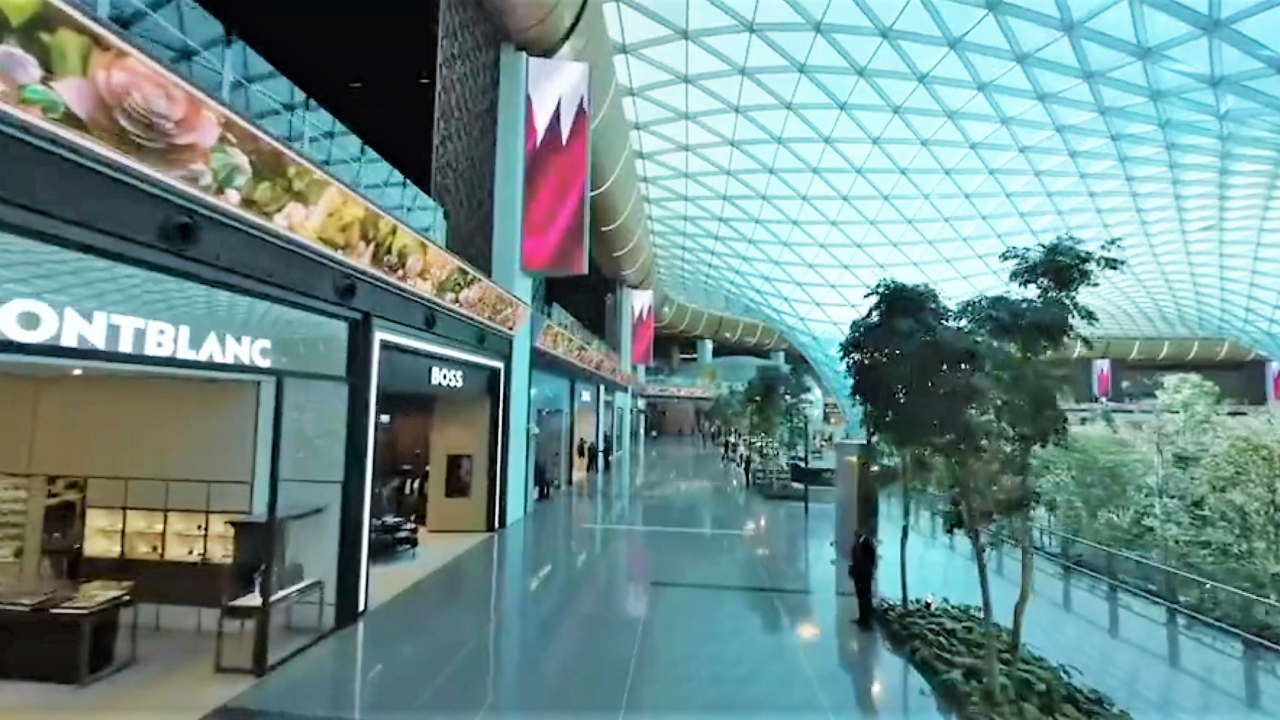 The Orchard is filled with luxury brands.

As part of its overall expansion, HIA has launched the second airport hotel within its transfer area, the Oryx Garden. Located in the north plaza, the 100-room hotel focuses on sustainability, with suites located moments away from the boarding gates. Guests can use the passenger train to visit the nearby Oryx Airport Hotel in the south plaza should they want to use its spa and well-being facilities which include a 25-meter swimming pool, gym, and squash court.

[Lead image: The Orchard space at HIA (Courtesy of MATAR.)]

Expansions Take Place at AGUNSA’s Airports Alongside a Strong Recovery in...

With a Major Project in the Philippines and a New Office in Singapore,...