Long before COVID19 turned the global economy and aviation industry on its head, GVK was facing a host of threats to its coveted position as one of the pre-eminent airport operators in the Indian market and as an emerging player on the international scene   Past successes and ambitions aside, the reality of its heavy debt burden, made markedly more dire thanks to COVID19 and a devastated global economy, have laid bare GVK’s vulnerabilities. Back in early 2019 GVK announced plans to increase its stake in Mumbai Int’l Airport Limited (MIAL) from 50.5% to 74% through the acquisition of minority shares currently held by Bidvest Services and ACSA Global (13.5% and 10% respectively). Exercising its Right of First Refusal (RoFR), GVK’s move was aimed at blocking the Adani Group’s attempt to buy into MIAL with a purchase offer for the Bidvest and ACSA stakes. Meanwhile, at the group level, GVK was busy stitching up a deal with Abu Dhabi Investment Authority (ADIA-UAE) and National Investment and Infrastructure Fund (NIIF-India), which involved acquiring new shares and reducing and/or refinancing it sizable debt. The parties reportedly signed term sheets and exclusivity agreements at the time for purchase of a 49% minority stake in GVK Airport Holdings Ltd. 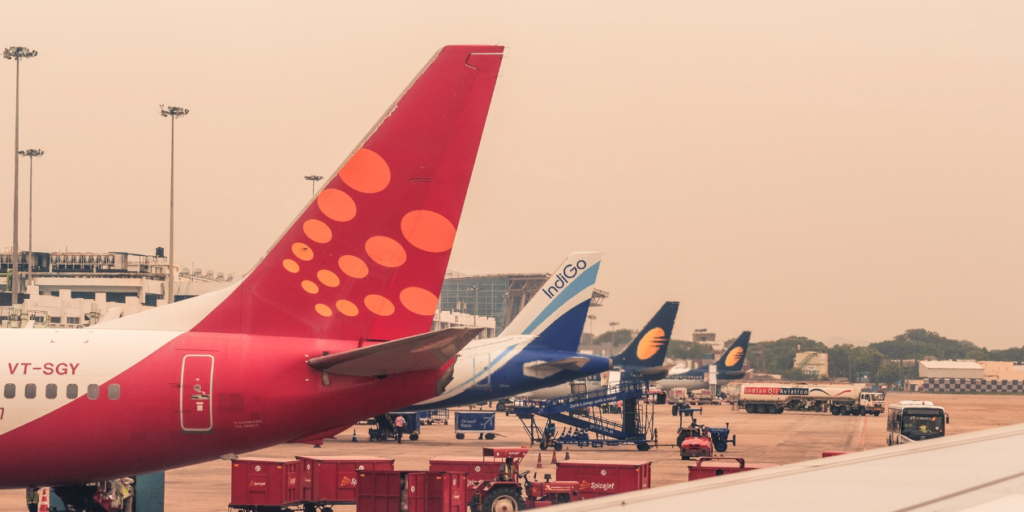 For more details on GVK’s airport operator credentials check out our Mar. 2020 feature Operator Profile article. In Apr. 2019, the deal was still subject to due diligence by ADIA-NIIF, settling of definitive documents and clearing of closing conditions. In late Oct. 2019, GVK signed off on a definitive agreement with ADIA and NIIF, as well as late-comer to the deal, the Public Sector Pension (PSP-Canada) fund, to sell 79.1% of its airport business for USD1.07b, based on an enterprise value of USD1.8-1.9b. GVK indicated that it planned to use the sale proceeds to retire debt and acquire additional shares in MIAL from Bidvest and ACSA to stave off Adani’s acquisition attempts for same, however the MIAL sale was stalled due to a court challenge which, in turn, halted the ADIA-NIIF-PSP transaction. Passing largely unnoticed, in mid-Oct 2019 it was reported (but refuted by GVK) that information brought forth by a whistleblower had prompted a gov’t probe into MIAL’s accounts.  Fast forwarding to early July 2020, news hit the global press that the Indian Enforcement Directorate (ED) had filed a money laundering suit against GVK Group, MIAL and others including GVK’s Group Chairman Reddy Gunupatii and his son G.V. Sanjay Reddy, Managing Director in MIAL, thrusting the ADIA-NIIF-PSP transaction and GVK’s future into further doubt. On Jul. 28, 2020, the ED executed searches at nine GVK/MIAL locations associated with alleged money laundering and other irregularities by GVK/MIAL in the order of USD 90m. Roughly one month later, in an expected plot twist, local Indian media reported that Adani was set to acquire a  cumulative 74% stake in MIAL from GVK, ACSA and Bidvest, along with an equal share in the new greenfield Navi Mumbai airport, currently under development. Within a matter of days, the ADIA-NIIF-PSP consortium served legal notice to GVK, stating the potential sale of GVK’s MIAL stake to Adani would be a breach of the consortium’s purchase agreement for the 49% stake in GVK Airport Holdings. On Aug. 31, 2020, it was reported that GVK and Adani had signed a binding sale/purchase agreement for MIAL, with Adani acquiring the debt of GVK from its airport lenders. If Adani emerges successful in this bold coup d’état attempt, MIAL and Navi Mumbai will form the anchors of a formidable Adani network of eight airports, including Ahmedabad, Jaipur, Lucknow, Guwahati, Mangalore, Trivandrum which are set to be handed over to Adani in the coming months. To be sure, this sorted and intriguing saga still has many chapters yet to be written, with more drama to come … stay tuned!