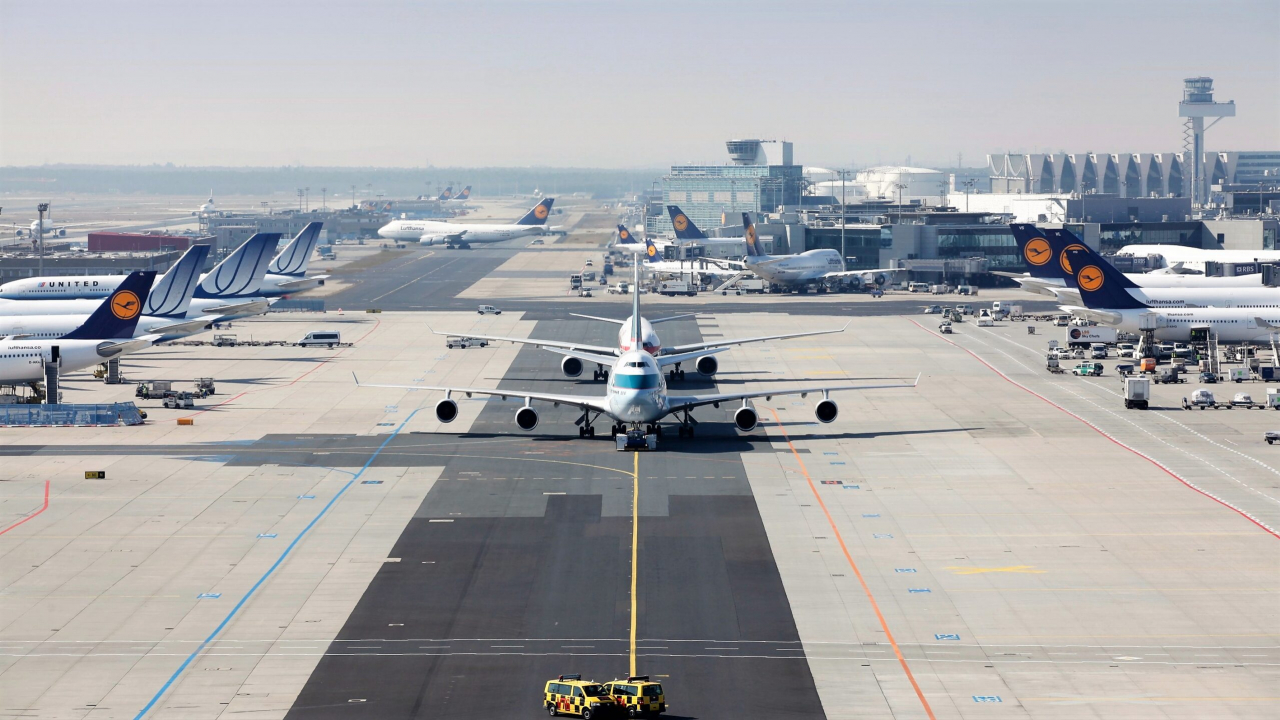 Director General of airports association ACI Europe, Olivier Jankovec, has warned that due to continued and systemic financial weakness in the wake of the pandemic, Europe’s airports are facing a high-cost recovery that will not deliver the revenues needed.

COVID resulted in an unprecedented revenue collapse with cumulative losses reaching over €20 billion over the past two years. Speaking at ACI Europe’s 32nd annual congress in Rome last Thursday, Jankovec commented: “Over the past year, we have been warning of the risk of an airport investment crunch due to ballooning debt levels and challenged revenue generation.

“There is no question that the inflationary spiral we are now in is only making things worse. Airports will simply not be able to pay back their debt and invest at the same time.”

Summer Rebound is Not Nearly Enough

ACI Europe claims that governments have “mostly focused their financial support on airlines” so European airports had no other option but to pile on debt after exhausting cost-cutting opportunities. The result is that airport debt and liabilities have increased by €60 billion compared to pre-pandemic.

Even with the huge rebound in air travel this summer—often accompanied by inadequate airport capacities to cope—the traffic recovery for airports is considered “revenue weak and cost intensive”. Moreover, overall passenger volumes remain below 2019 levels for most airports.

Europe is expected to be down on 2019 levels by almost 30% according to data from ForwardKeys, with demand tending to concentrate on peak periods. This has put significant stress on operations thanks to acute staff shortages while driving up costs. 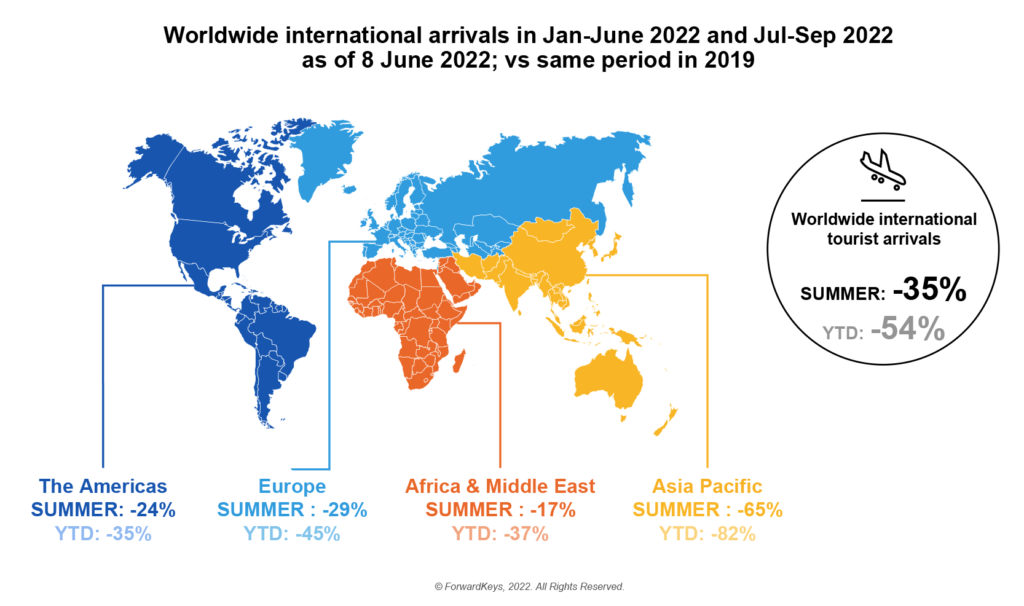 The summer rebound is strong, but still behind the Americas and the Middle East & Africa (source: ForwardKeys).

This picture means that restoring earnings to pre-pandemic levels will be challenging. Combined with debt servicing, airports are facing an investment crunch. ACI Europe say that Europe’s airports cut capital expenditure over the past two years to the tune of €7 billion. However, new inflationary pressures mean that more real-term reductions are likely.

The airports association says that inflation is driving operating expenses up, “in particular for staffing and energy costs” which together account for roughly 45% of an airports’ operating costs (on average).

ACI Europe estimates that European airports need around €360 billion in capital expenditure until 2040. But it says: “Inflation has started to impact their investment decisions and steep increases in the cost of materials and supplies now call into question the viability of those investments being sustained.”

An Attack on IATA

There are also wider investment considerations besides the passenger experience. Jankovec said: “This is about our ability to finance the decarbonization of our facilities, but also support airlines’ efforts to do so—and thus aviation as a whole.

“And it is also about our ability to address current operational disruptions caused by staff shortages, now and in the medium term. Further automation and digitalization will be essential not just to increase operational efficiency and improve the passenger experience but also to build more resilience.”

“In that context, IATA’s astonishing call for airports not to raise their user charges despite the fact that airlines raise their fares to consumers defies economic gravity. It only amounts to yet another attempt to revive the aviation system of the 1960s, when airports were used as instrument of airline subsidization.”

With European airports seeing their economics being turned upside down by structural revenue pressures and cost increases, Jankovec has outlined a transition towards a new value-creation model based on three pillars: sustainability, innovation and diversification.

Sustainability: A holistic approach for airports to accelerate decarbonization and deepen community relationships. This requires a rethink of capacity and connectivity, not just in aviation terms, but in terms of clean energy deployment for both airport users, communities and regions, and moving towards what Jankovec calls ‘enerports’.

Innovation: Harnessing digital, AI and automation to create a step-change in operational efficiency and resilience. Airports need to be co-creators and direct investors in tailor-made solutions, as already seen in some in-house innovation labs at US and European airports.

Diversification: In aeronautical terms this means a diversified airline portfolio with more pricing freedom while keeping the focus on expanding non-aeronautical revenues by looking beyond the passenger.

Some airports are already working in these directions and examples include Aeroporti di Roma’s ‘Careport’, Groupe ADP’s ‘2025 Pioneers’, and Brussels Airport’s ‘Shift 2027’ vision.