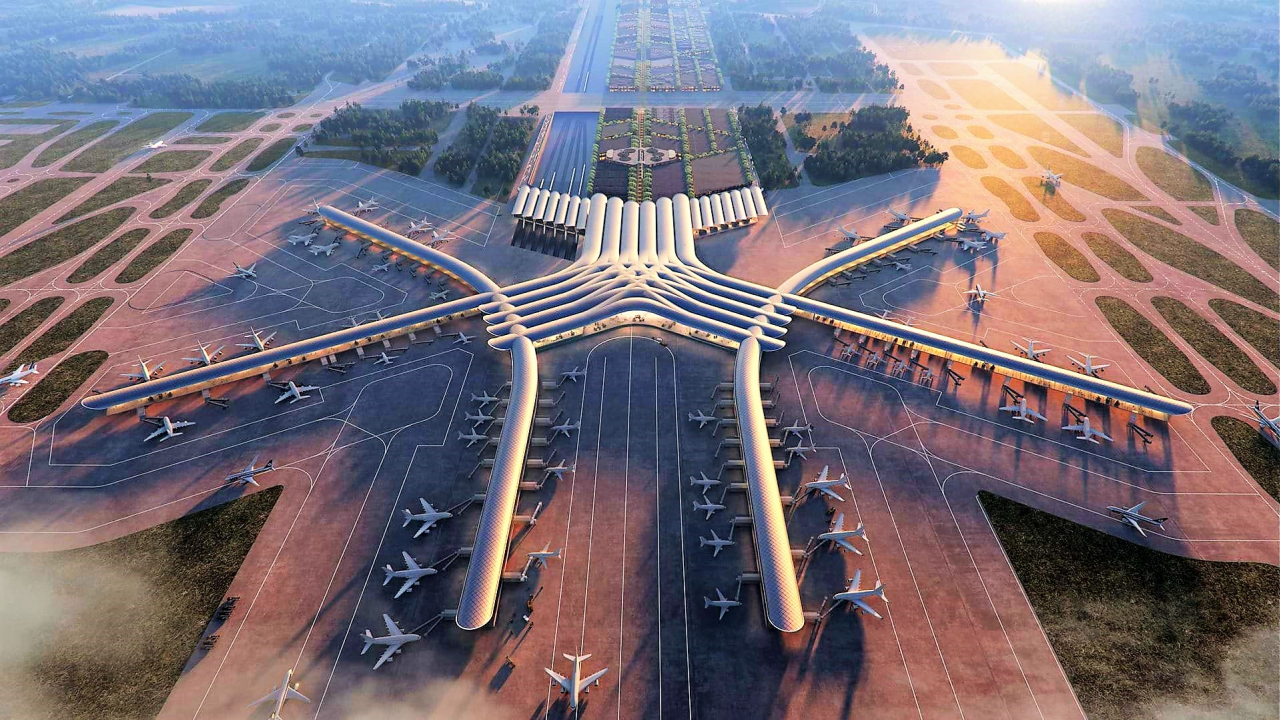 A series of binding agreements shaping capacity, rail integration, and phased construction marked a year of milestones for Poland’s biggest-ever airport project. And 2023 should bring further possibilities for the private sector.

Centralny Port Komunikacyjny (Central Communication Port), which is managing the development of the new airport, is pleased with the headway it made last year and has moved from the planning phase to the design phase.

CPK Airport is heralded as a state-of-the-art 21st century transport interchange that will bring together air, rail, and road to give Poland greater prominence in the aviation world and change the European airport landscape. The plan is to move 100% of civilian traffic from Warsaw’s existing Chopin Airport to CPK.

The gateway is to be built between Warsaw (the capital) and Łódź in the center of Poland whose population is over 37 million. According to Foster + Partners—which has won the competition to design the new hub through a consortium with engineering consultancy Buro Happold—CPK will be “a symbolic gateway, reflecting Poland’s national identity and providing an exceptional passenger experience.”

In the past year, a decision on the proposed location was fixed and is now going through the process of obtaining the relevant permits. Centralny Port Komunikacyjny said: “We are no longer asking whether it should be built but, rather, answering how, when, how much, and under what funding model.”

Below, we look at the core elements of this significant new project, the goals achieved so far, and what is still to come...

Hamad Airport’s New Luxury Oasis will be Followed by More Expansion in...

Expansions Take Place at AGUNSA’s Airports Alongside a Strong Recovery in...