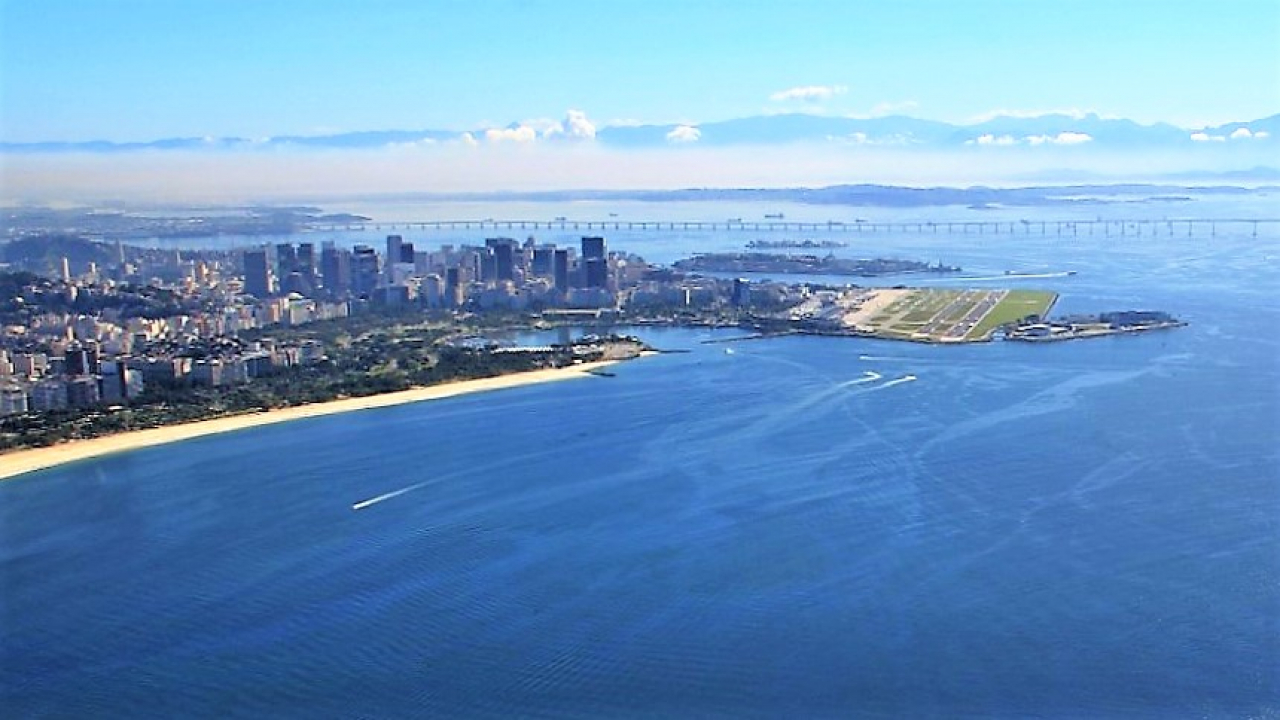 As explained in the first part of this article, the 7th round of airport privatizations in Brazil consists of 16 airports divided into three clusters:

How the seventh round airports have been divided up

The exact details and rules surrounding the 7th round will be available next year, probably by the second quarter. Each batch comes with positives and negatives and these are examined below.

Pros – In the medium-term, these airports will benefit from the PPP airport programme because sub-regional aviation in the Amazon rainforest region is currently a focus for development. For instance, a natural gas power plant will be launched in Boa Vista to increase energy generation in the state of Roraima (where BVB airport is located). So there are potential new business opportunities.

Cons – There is a lack of infrastructure for jet fuel as there is no pipeline linking oil refineries to the airports. Fuel is therefore transported by sea or road to these gateways. Aviation fuel in Brazil is made by state-owned listed company Petrobras and the price of jet fuel in the north region is the highest in Brazil.

Pros – São Paulo’s Congonhas-Deputado Freitas Nobre Airport (CGH) is the most profitable airport among the 16 in the 7th round, and international flights from CGH will eventually be available. There is also ample opportunity to increase business and general aviation at MAE.

Cons – There are curfew times at both CGH and MAE and the latter can also suffer from local restrictions related to noise and aircraft movements restriction. There is also competition from business aviation in the São Paulo metropolitan area. Ponta Porã International Airport (PMG) and Corumbá International Airport (CMG) need to boost their regular aviation activities.

Pros – Santos Dumont Airport (SDU) is the main airport in Rio de Janeiro for domestic flights while Jacarepaguá–Roberto Marinho (RRJ) has a developed business aviation set-up. Regional aviation in the state of Minas Gerais – the second most populous in Brazil – is increasing.

Cons – There are curfew times at SDU and RRJ, and noise restrictions can also be applied at the latter. Rio’s Galeão – Antonio Carlos Jobim International Airport (GIG) which is the city’s main gateway may also get some extra government aid which would make it more competitive against SDU. A state level law has decreased the fuel tax for airlines for GIG and airports within Rio de Janeiro state – the only exception was SDU. This law was approved in June 202. Another factor to consider is that no further expansion at SDU will be possible. 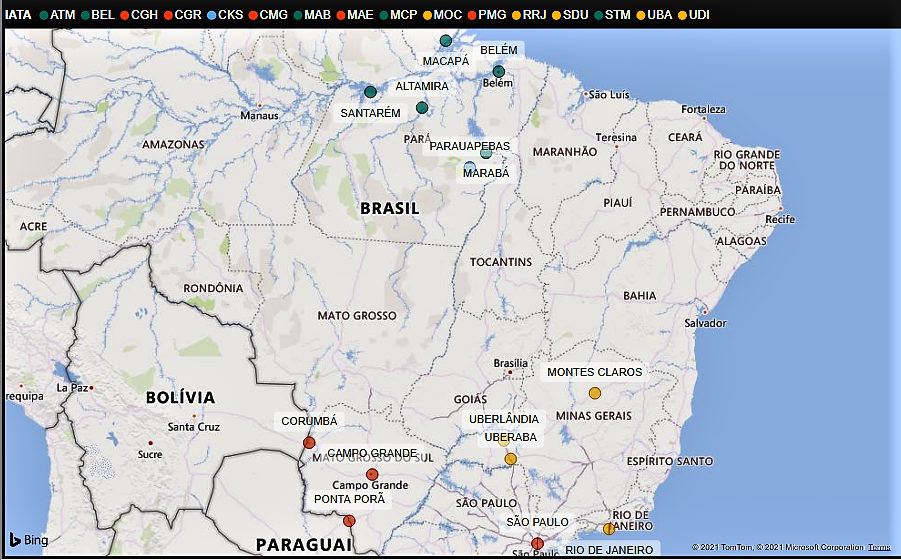 Attractive individual assets for the future?

Before the pandemic, SDU-CGH was the top traffic route in Brazil, with a share of about 2.9%. Nowadays, it has dropped to second with a 2.48% share, just overtaken by GRU-REC with 2.50%. However, with a traffic recovery, SDU-CGH is expected to regain pole position.

Although cluster RJ/MG has two profitable airports (SDU and RRJ), CGH offers twice as much profit as SDU and RRJ together. But looking forwards, clusters RJ/MG and SP/MS are attractive for investors because these airports are in two states that represent 60% of Brazil’s gross revenue.

In my view, cluster SP/MS offers the best value because it includes CGH. The airport is attractive because it is in the central area of São Paulo and the authorization to fly international regular flights from there will add value for investors.

I would hope that the regulator does not limit international flights to/from CGH only to South America. Brazilian airlines should be allowed to operate any international destination from CGH.

Miami International (MIA) and Orlando International (MCO) airports in Florida can both be destinations using 737-Max or A321 jets. These operation would be possible as the flights do not stop in FOR, BSB or REC for fueling and to comply with traffic rights agreements.

The Norte II cluster is less attractive for investors due to the lack of traffic when compared with CGH and SDU, but it can be improved by encouraging regional aviation.

A Focus on Regional and Sub-Regional Airports

The 7th round is an important one as it puts more focus on Brazil’s airport privatization program with respect to Private-Public Partnerships (PPP or P3) in regional and sub-regional airports. 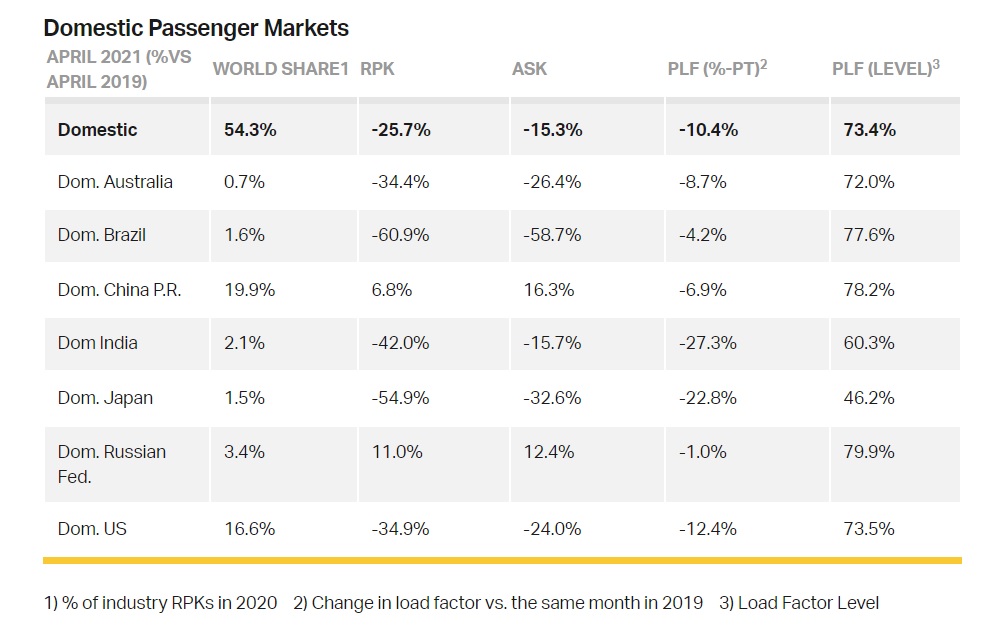 Slow progress: Domestic traffic is important to the Brazilian economy but April data indicate the country lags behind the rest of the world

The first wave from this new page will be PPP in the Amazon rainforest area because air transport is the main transportation mode, together with slower water transportation. The Norte II cluster can therefore benefit from incremental growth in regional aviation in the north.

When compared with the 6th round, the minimum bid will not be a bargain (except perhaps for the Norte II cluster). The big competition looks to be on clusters SP/MS and RJ/MG. Norte II may see up to three competing bids though Vinci is the favourite to get this cluster because it won the Norte I cluster in the 6th round.

On the plus side, Infraero has completed several repairs across all airports in the 7th round, especially in the north. This will mean a smaller capex bill for new investors taking on concession contracts.

The first wave COVID19 pandemic recovery and the success of the 6th round showed that Brazilian airports are attractive to investors. Traffic evolution will be a naturally developing process because domestic aviation is essential to Brazil’s continuing economic development.