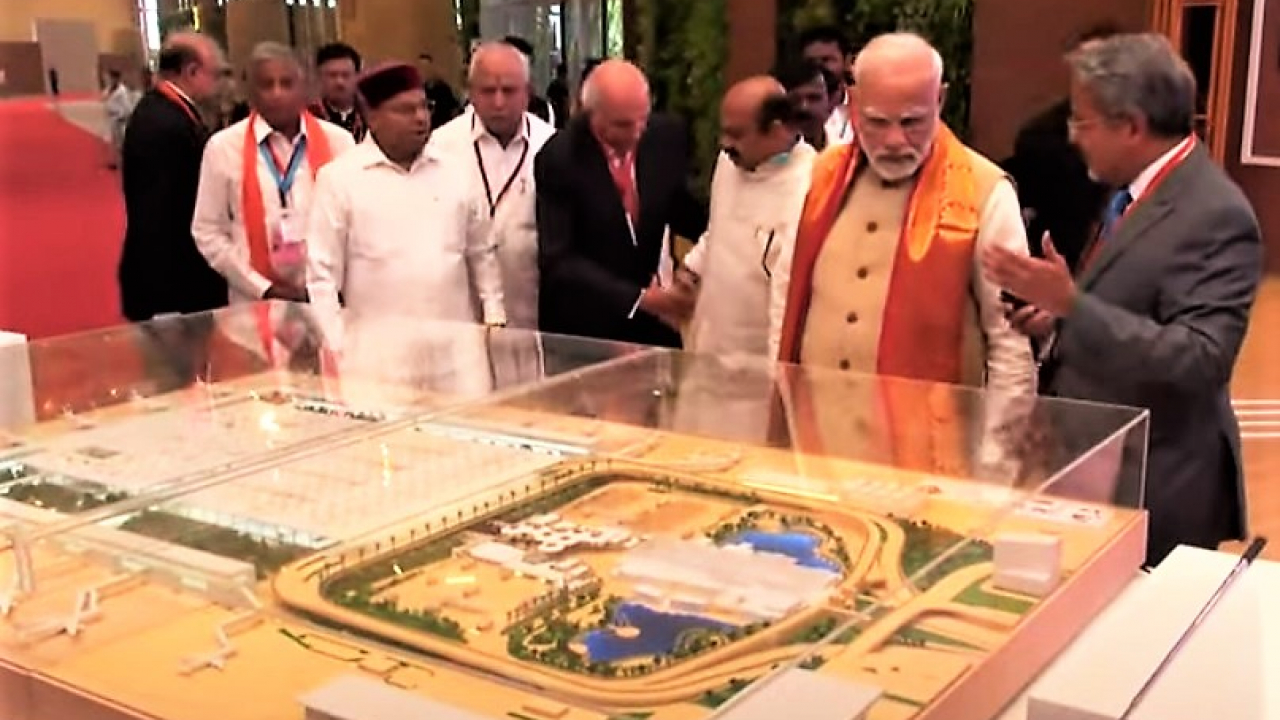 A rendering of the new terminal showing its greenery.

The building will boost Bengaluru Airport’s passenger capacity by an additional 25 million annually in the first phase of the project, with an additional 20 million in the second phase.

The operator, Bangalore International Airport Limited (BIAL), describes the new T2 as a ‘terminal in a garden’ thanks to the greenery of the complex which includes vertical planting on walls, hanging gardens, artificial waterfalls, and outdoor gardens surrounding a lagoon.

BLR—known as Kempegowda International Airport—will also see a new set-up in terms of its retail operations. BIAL recently announced a 50:50 joint venture with Switzerland-based travel retailer, Dufry, to operate and manage duty-free outlets at T2 under a 15-year contract. Dufry already runs duty-free shops at BLR and has done so since 2008 through its subsidiary Nuance. 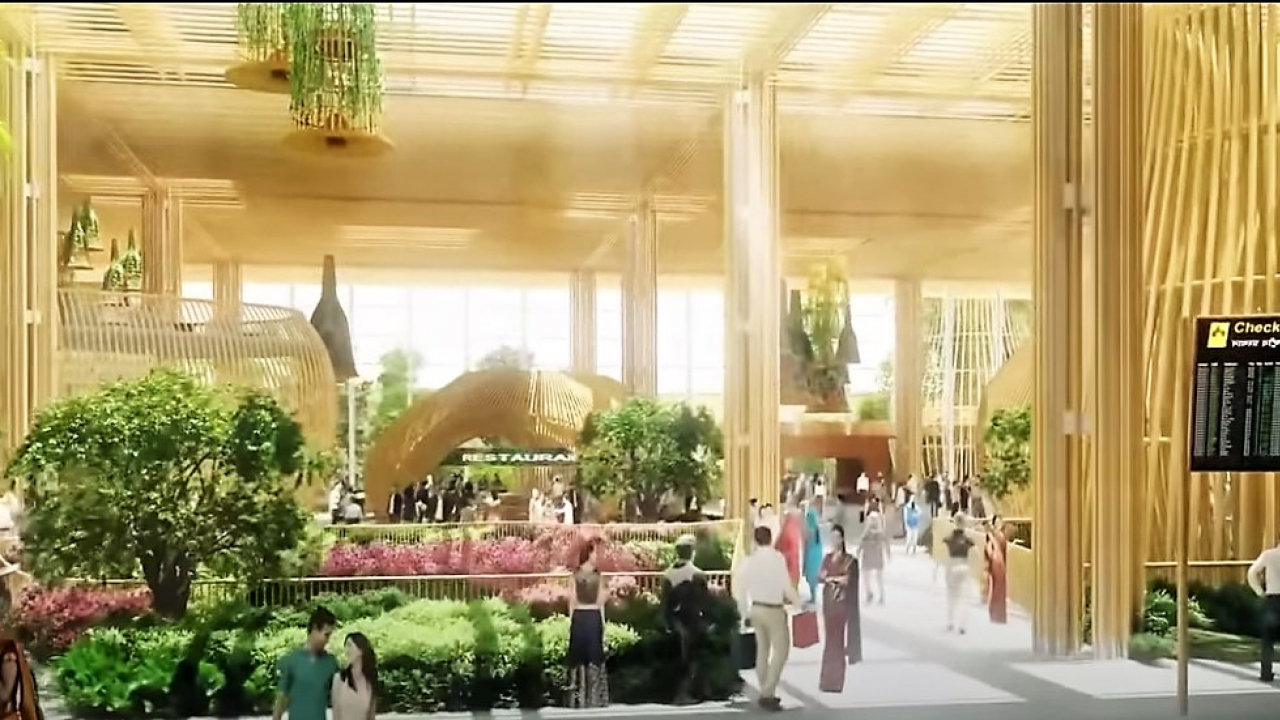 A rendering of the new T2 showing its garden-like aspect.

The new deal—scheduled to start on April 1 next year—secures the retailer’s position at the new T2 where works are meant to finish by the end of the first quarter in 2023. A Dufry spokesperson told Forbes.com: “All international flights will be migrated to this new terminal.” The agreement was struck after BIAL issued an open tender in November 2021 which Dufry won.

Retail-wise, the capacity boost promises a steady increase in passengers in the coming years. In the 12 months to March 2022, Kempegowda International was the third busiest airport in India handling 16.3 million passengers, and between April and October this year, it processed almost 17 million of which two million were international.

Dufry’s contract covers almost 40,000 square feet of retail space spread across international departures and arrivals in the new terminal. The joint venture is not restricted to core duty-free shops and allows Dufry to look at introducing luxury boutiques and other formats which the retailer will almost certainly do.

By equally sharing the risks and rewards, both BIAL and Dufry are more likely to move fast on new retail concepts and ideas that are commercially viable. In a statement, Dufry’s chief operating officer for the Mediterranean, Eastern Europe, and Middle East regions, Alberto Iglesias, said: “We are committed to providing passengers with an enhanced shopping experience and featuring a considerably extended product assortment.”

The airport’s Chief Commercial Officer, Kenneth Guldbjerg, said: “We will benefit from Dufry’s expertise to take the airport’s shopping experience to an entirely new level. He added that, through the JV, the airport was looking to develop across several categories, “especially in luxury fashion, beauty, and confectionery.”

As well as through an improved retail offer, BIAL is hoping that its new terminal, started in 2018, will impress its Indian departing travelers as numbers rise again after the pandemic.

BLR could also prove to be appealing to investors and rumors have circulated that Fairfax Financial Holdings’ Indian arm, which has a 54% stake in BIAL, could look at an IPO. At the end of October, Fairfax India issued a statement saying: “Contrary to some recent media reports, the company is a long-term shareholder of Bangalore International Airport Limited and has no intention of selling its ownership interest in BIAL.” However, an IPO would still allow the company to retain an interest in the company.

Read more on the Dufry retail deal on Forbes.com.

[Lead image: Prime Minister Narendra Modi on a tour of BLR on the day of T2’s inauguration (courtesy of Narendra Modi’s YouTube channel.)]

Adani Group Outlines its Strategy for its Airport Business