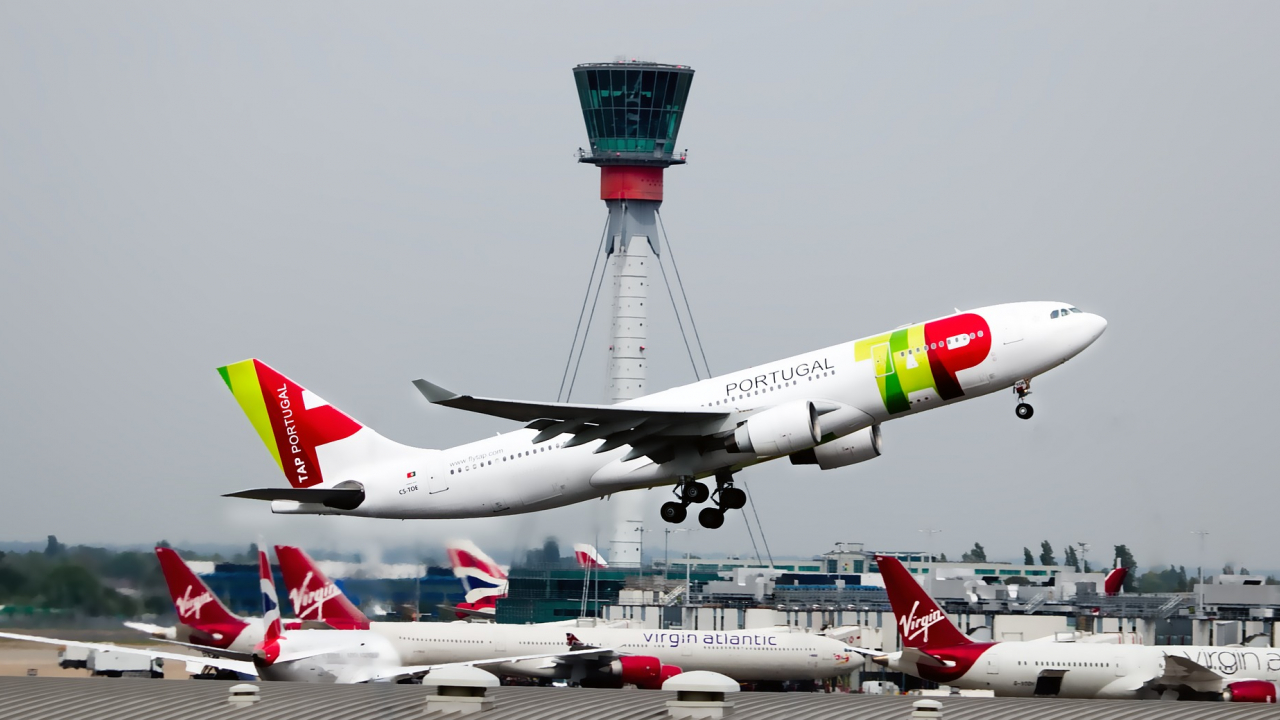 (Part 1 of 4 – part 2 will be published on July 15)  First, let us present what we know, which is not much. The most evident fact is that the current world economic crisis associated with the COVID-19 (C-19) pandemic is a true Black Swan. At the dawn of 2020, very few talked about the remote possibility of a crisis. It was quite the opposite.

Source: CNBC on Dec 30th, 2019 Another very painful fact, is the tremendous impact the pandemic is having in the aviation sector and on all others depending on it. According to ACI, the global passenger traffic declined by 99,4% year-over-year by in April, that followed an already substantial drop of 55,9% in March. Just looking at European airports, they lost more than 635 million passengers between 1 January and 14 June (compared to 2020 business as usual scenario assuming +2.3% growth over 2019). Summary Worldwide Traffic Results, March 2020 (% change)

Source: ACI WORLD And now, let’s present what is still uncertain, which is a lot. Until we know how and when the C-19 health crisis will be solved, no one can predict the full impact and when the world recession will end. On April 1st, ACI predicted that world airports would lose 3,6 billion passengers and USD 76 billion in revenues by the end of the year. On May 5th, the forecast was a reduction of more than 4,6 billion passengers and a decline in total airport revenues of more than USD 97 billion. But even this last forecast has a disclaimer saying that the impact was estimated under the assumption that most containment measures and flight restrictions will be lifted by the end of summer 2020. For most countries, this is still a big question mark. Looking at the larger picture, UNWTO says the impact of C-19 on Tourism between January and April 2020 led to 180 million fewer international tourist arrivals and USD 195 billion lost in export revenues from international tourism[iv]. Impact of Covid-19 on Tourism in Jan-Apr 2020 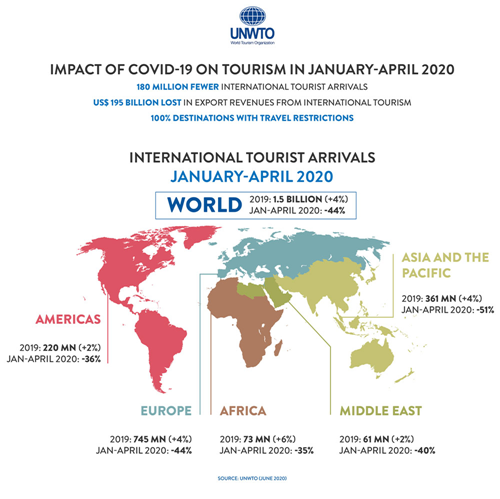 Source: UNWTO So, the only fact is that we are experience an unprecedent crisis and its impact is still pretty much uncertain.

In the last weeks, a large number of articles, studies, press releases, webinars, etc. have been published about the challenges this crisis brings to the worldwide aviation market. The biggest challenges are undoubtedly associated with the unknow. We will now focus on two of them. Uncertainty related to the timing of the return of traffic demand Airlines and airports are recalculating their forecasts for the year on a weekly basis. ACI Europe says that the most likely scenario is that full traffic recovery will only happen in 2023. For December 2020, their forecast vary between a reduction year-over-year between 17% and 50% of passenger traffic. The current recovery patterns, when analyzing scheduled airline capacity as reported by OAG, is very inconsistent between markets. 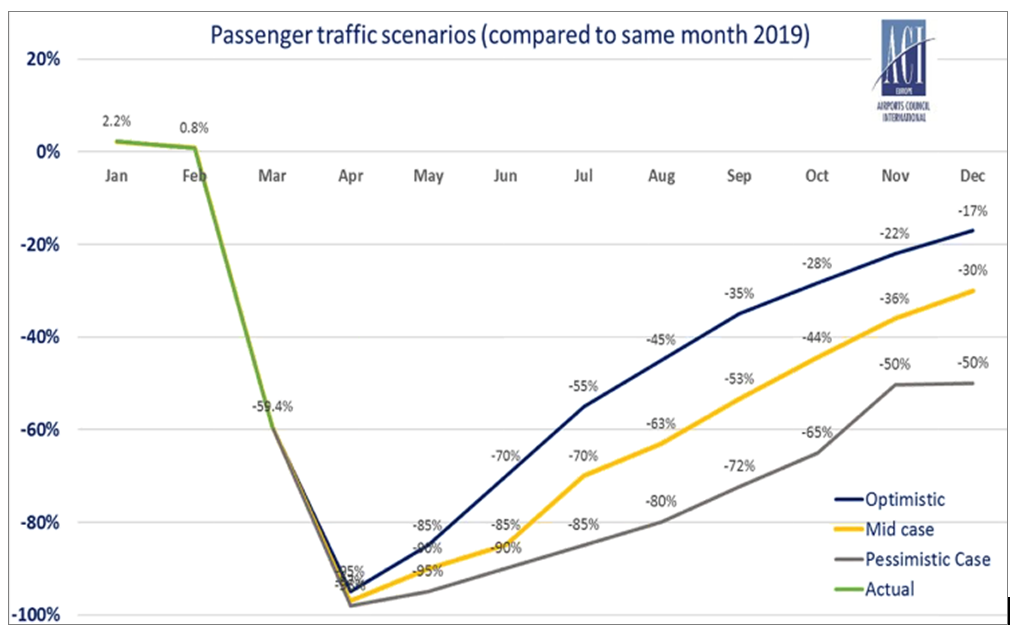 Source: OAG Linked to this is the unknow of which airlines will survive and how this will impact the competitive landscape. In Europe, Wizz Air, easyJet and Ryanair are already trying to increase their negotiation power with airports. These airlines sent letters to several airports, including big hubs, demanding long-lasting fee discounts or waivers, signaling that the lowest offers will win more returning traffic.

Source: Reuters Some questions are also being raised on the impact on the LCC business model from new environmental taxes and anti-competitive legislation being introduced in Austria and Switzerland, which could lead to EU-wide legislation. Effectively, this measures could impact air ticket prices and limit flexibility on yield management and thus reduce LCC margins. Also, in Italy, new regulation were introduced to prohibit the use of overhead lockers, assuring that passengers would not need to pay a supplement to put their suitcases in the hold. At this moment, airlines and airports are trying to forecast without history. The sophistication varies, but most are heavily dependent on data science and new data sources, for example, credit card usage. In the first challenge, it is clear that airport-airline collaboration will be critical to guarantee that the operational restart runs smoothly. Sharing information on macroeconomics, political decisions on health restrictions, market confidence, tourism guidelines, among otherts will ensure better forecasts and that all stakeholders, from airport operators, ground handlers, commercial concessionaires, tour operators, etc. are ready when traffic actually picks up, and not sooner, increasing losses, nor later, affecting service quality.