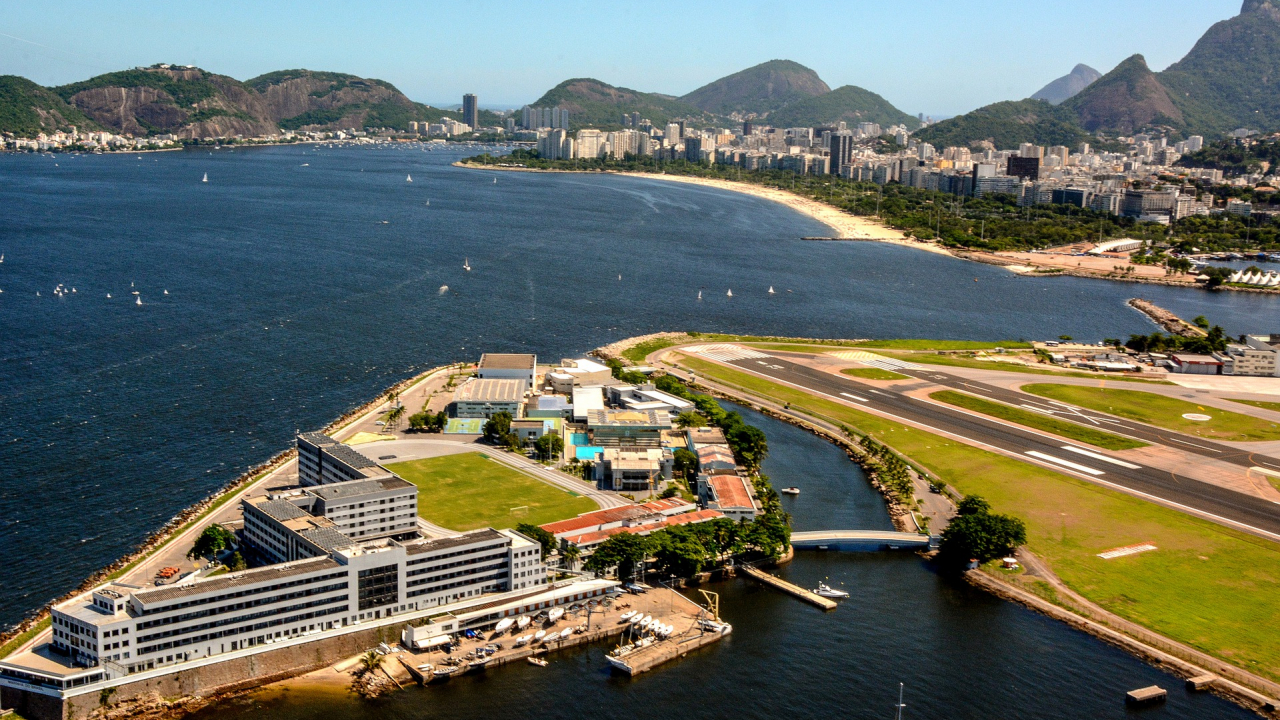 One of the most iconic Brazilian songs titled “Samba do Avião” sung by Tom Jobim (the same composer of the ‘The Girl from Ipanema’) mentions that Christ, the Redeemer, has open arms over the Guanabara Bay. Besides the blessing to the city of Rio de Janeiro, the Christ also signifies that Brazil is open to investors from around the globe. 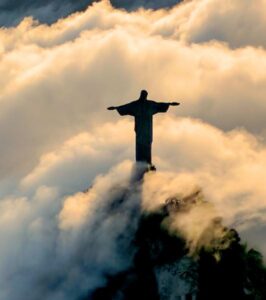 From basic sanitation to aviation, there are opportunities for all in Brazil even with the COVID19 pandemic. First, this pandemic was foreseen by the Rockefeller Foundation and the Global Business Network in a report “SCENARIOS FOR THE FUTURE OF TECHNOLOGY AND INTERNATIONAL DEVELOPMENT” published in 2010. Unfortunately, nobody did anything to prevent or prepare for it.  In a webinar promoted by one of the most respectable economic research institutions, the Professor Respício Antônio do Espírito Santo Jr. argued the following point: why did IATA, ACI, ICAO or any private institution or public authority not pay any attention to this study?

(Webinar | Diálogo para Desenvolvimento: os setores de aviação e aeroportos – impactos e transformações no pós-covid) He also highlighted that the paper pointed to a coming worldwide pandemic in 2012 or 2013 and the forewarnings from the study were realized a mere 6-7 years later.  Lastly, he also argued that no private institutions or public authorities developed counter strategies to combat such a pandemic. When SARS-CoV began in 2002 and 2003, airports took prompt measures to avoid the propagation of this disease. I recall working as an airport agent at Rio de Janeiro International Airport (GIG). For every international flight, all passengers were required to step on a sanitizer carpet before immigration control, among other measures.  What did the public authorities do to prevent the spread of COVID19 when it began in China?  Largely nothing!  In Brazil, for instance, public authorities were aware of the threat from January, 2020. During Carnival festivities (February 2020), no sanitation controls to protect against COVID19 we implemented at any Brazilian airports. As health authorities worldwide knew then and we all know now, only too well, prevention is key! Without prevention, chaos and hardship has ensued.  Despite the persistence of a vocal minority of COVID19 deniers, the pandemic is a reality (see my March, 2020 article that drives home the fact that a pandemic has occurred roughly every three years in recent history click here to view article). 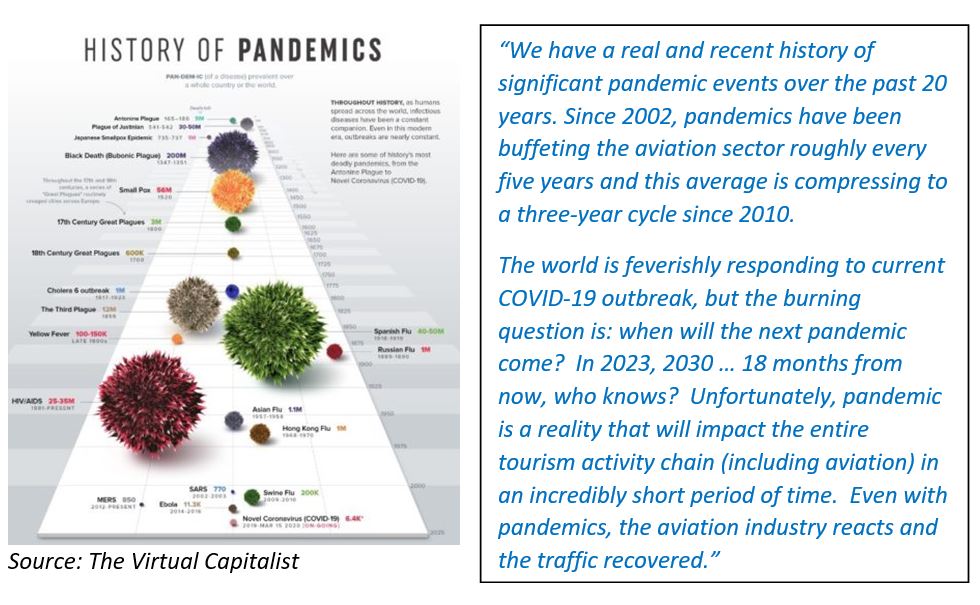 During this COVID19 period, the tourism industry (including aviation and cruise) has been devastated and the lack of unity among the countries has been extremely harmful to the global tourism industry.  Some countries are still closing the skies/borders or in many cases, requiring quarantine on arrival/return. As such, State sovereignty is often butting heads with the Chicago Convention which call for cooperation and harmonization between nations to develop a safe and orderly multi-lateral international air transport rules and procedures.  International air travel and the freedom of movement is widely considered as a fundamental human right. To re-establish the international air travel network again, a universal health and sanitation protocol must be implemented worldwide. Without this the recovery of international air travel will be very slow and sporadic. Meanwhile, industry experts are suggesting that international business travel may see a long-term reduction of 20-25% due to the widespread acceptance of virtual meetings; the so-called “Zoom Effect” (see the comments from Professor Respício at the webinar mentioned in fourth paragraph). Part 2 of this article will be published on October 8th.