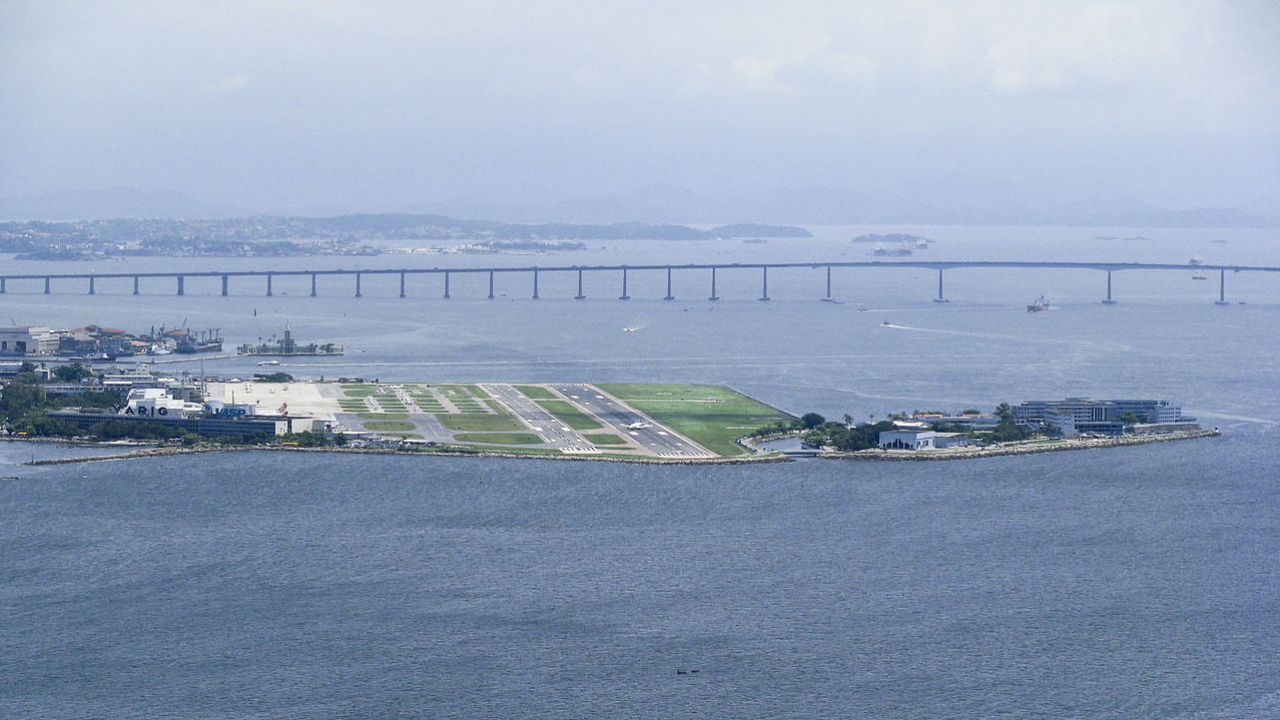 ____simple_html_dom__voku__html_wrapper____>The Brazilian concessions procedure is of course well established by now and the sixth tranche was announced before bids were in on the fifth. To use the well-known Brazilian expression it is now the case that the concessions amount to ‘steak with bone’ approximating to a situation where smaller airports, often with annual passenger numbers of less than one million, have been lumped together with an anchor airport of perhaps five million passengers. In summary, with the concession procedure having already embraced most of the main gateway and secondary city airports the fifth tranche is made up of three blocks of airports; northeast, central west and southeast and mainly in third-tier cities. They were won by AENA Internacional, Flughafen Zurich and a new consortium of two Brazilian finance houses under the name of Aeroeste and it is being seen as a victory for new President Jair Bolsonaro’s wider privatisation strategy, raising USD1.1 billion in fees, many times the required minimum. The sixth tranche was expected to feature, after a change of heart by the government, anchor airports with more gravitas, such as Sao Paulo Congonhas, Rio de Janeiro Santos Dumont, Manaus and Curitiba. Previously the government held back the Sao Paulo and Rio airports for reasons including the fact that without them Infraero would have no profitable airports in its portfolio. But Infraero’s role continues to be diminished and it will have a far lesser role to play in the future. At the moment, there are still 19 airports with more than a million passengers per annum to be concessioned and some of them are included in the sixth tranche, which has now been announced. However, only the primary airports of Curitiba and Manaus mentioned above did not appear on the government’s preliminary listing (below); the Congonhas and Santos Dumont airports did not. 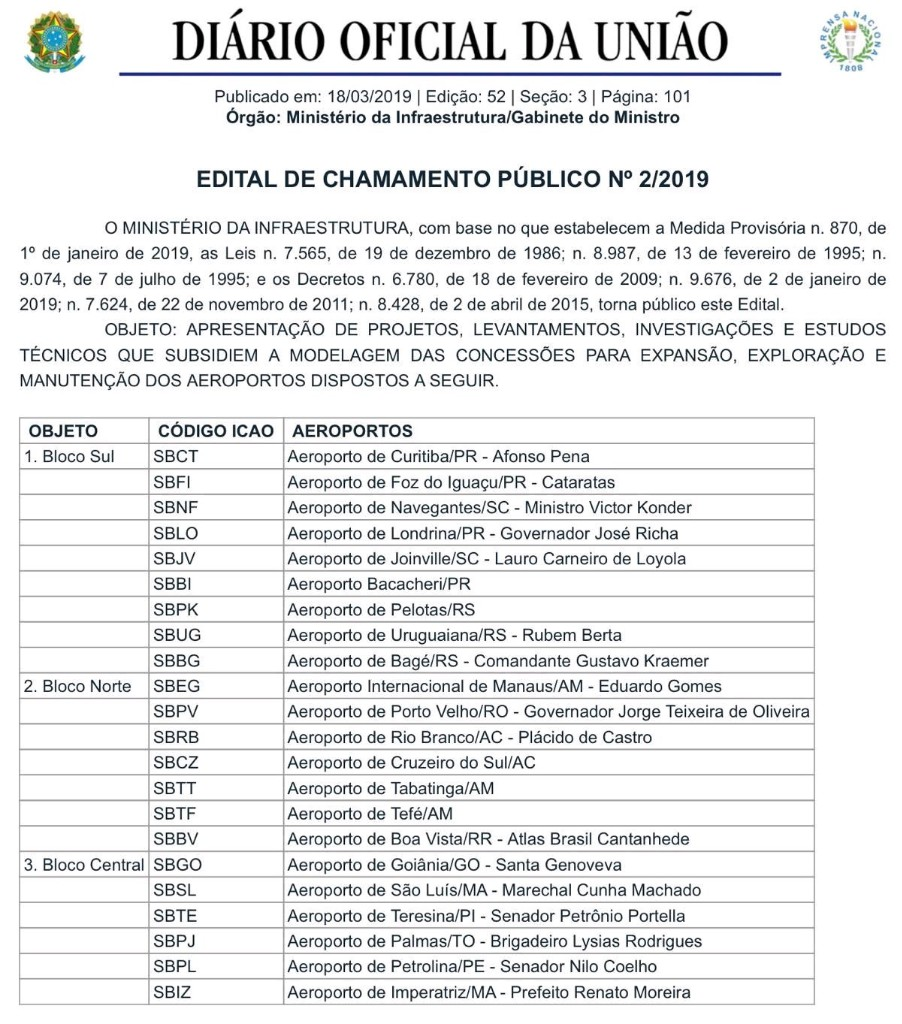 Opinion in Brazil suggests that the government and the potential investors are showing too much confidence in the sixth tranche, because two of these blocks at least – Norte and Central – don’t really have much to offer the private sector. Indeed, while Bloco Sul is the richest area in Brazil, Bloco Central is the poorest. As for foreign investor interest, much of that has been used up on the primary and sub-primary level airports in the first four tranches even if the fifth tranche victors are adamant they will be there for the next one, too. They may be put off by clauses insisting they invest in all airports in a block equally. The direction the Brazilian economy takes will be of concern as well of course, together with that of the new President. The Chinese, largely absent from previous rounds, have been very active in other sectors and despite criticism they have been ‘buying up’ land they could make an impact in the airport sector. Excessive premiums paid on early transactions (and even more so, perhaps on this latest one) and the re-concessioning of one airport (Campinas Viracopos) are unlikely to put off investors.