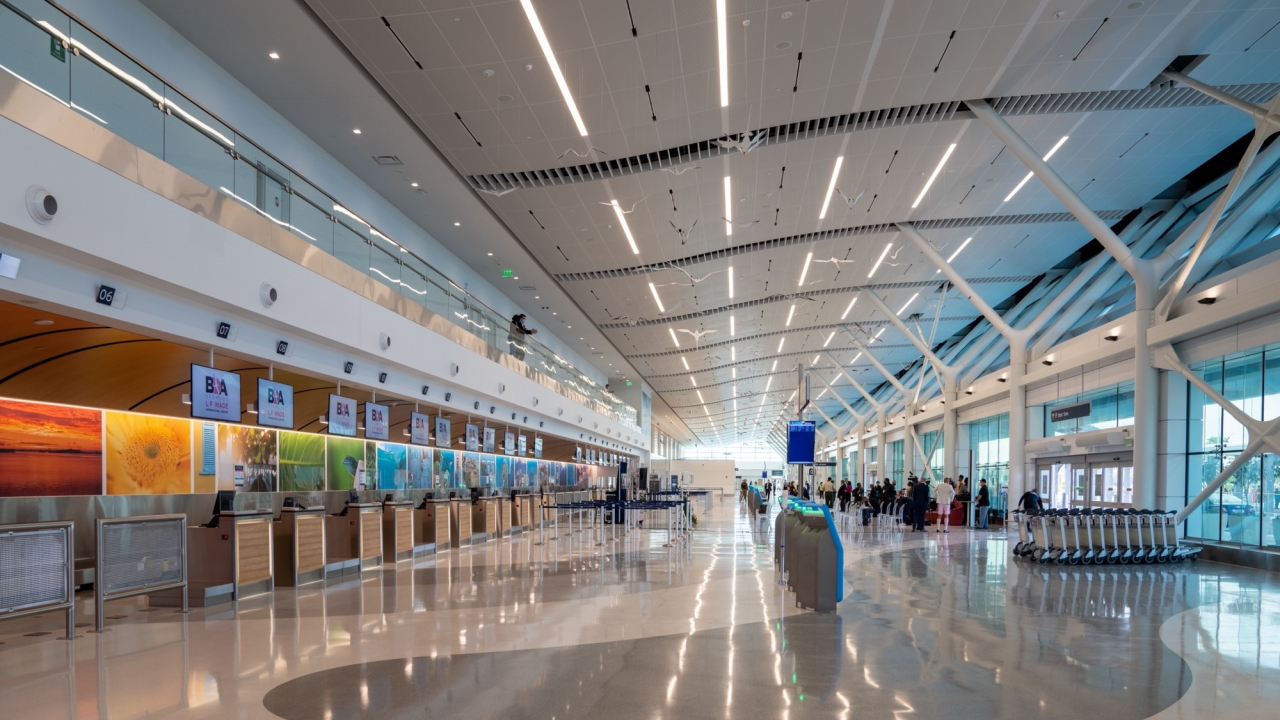 It was only the second time in CCPPP’s history that the awards recognized an international project. The other four winners are located in the provinces of Alberta, Ontario, Newfoundland and Labrador. (The criteria for entry are listed at the end.)

The new terminal at BDA opened in December 2020.

In a statement, the council said: “All showcased how partners are continuing to adapt and refine the ‘made-in-Canada’ P3 model to create, deliver, operate and maintain innovative and transformative infrastructure for their communities.”

Mark Bain, chair of CCPPP’s board, added: “Despite another tremendously challenging COVID19 pandemic year, it is inspiring to recognize the calibre of projects and partners that rose above these difficulties to reach financial close, begin construction, and successfully complete and begin to maintain or operate these critical infrastructure projects.”

Brad Nicpon, partner at law firm and awards gold sponsor McCarthy Tétrault LLP, and chair of the national awards committee, commented: “These five stood out for the ingenuity, flexibility and perseverance they’ve demonstrated in applying the P3 model and in developing strong partnerships. All of them will have tremendous positive impacts — both socially and economically — on their communities.”

Specifically, in the case of the airport PPP at BDA – which is owned by the government of Bermuda and operated by Bermuda Skyport Corporation Limited until 2047 – the judges said that “by using innovative thinking and Canadian P3 expertise, Bermuda was able to achieve what many small airports in the world have struggled to do — attract private sector investment to finance a major capital redevelopment”.

The $290 million project is the largest P3 infrastructure deal in Bermuda’s history and was led by three key players: the government of Bermuda, Canadian Commercial Corporation, and Aecon Concessions, the private sector partner. Aecon holds a 100% interest in Bermuda Skyport, the airport operator.

Implemented under a framework agreement, the bespoke deal involved a government-to-government contract and guarantee mechanism, supported by an underlying P3 commercial and financing structure which enabled the 288,000 square foot facility to meet the latest international standards. At the same time it was able to “dramatically lower the project’s initial capital budget” according to CCPPP.

The new terminal, opened in December 2020, incorporates the latest technology and was built with sustainably and climate change impacts in mind. The terminal can withstand wind speeds of 277 kilometres per hour — equivalent to that of Category 5 hurricanes which have devastated some island nations, for example in the Caribbean, in recent years.

Nearly $400 million in private investment was mobilized for the BDA project, and more than 400 Bermudian companies were engaged, as well as 885 local workers which supported the island’s economy. The CCPPP awards committee said that the project “set new standards internationally for others to follow”.

The annual CCPPP awards are presented to public institutions/governments and their private sector partners for outstanding achievement in Canadian public-private partnerships. Submissions can be from the following areas:

For a project to be considered for an award by CCPPP three basic requirements must be met: