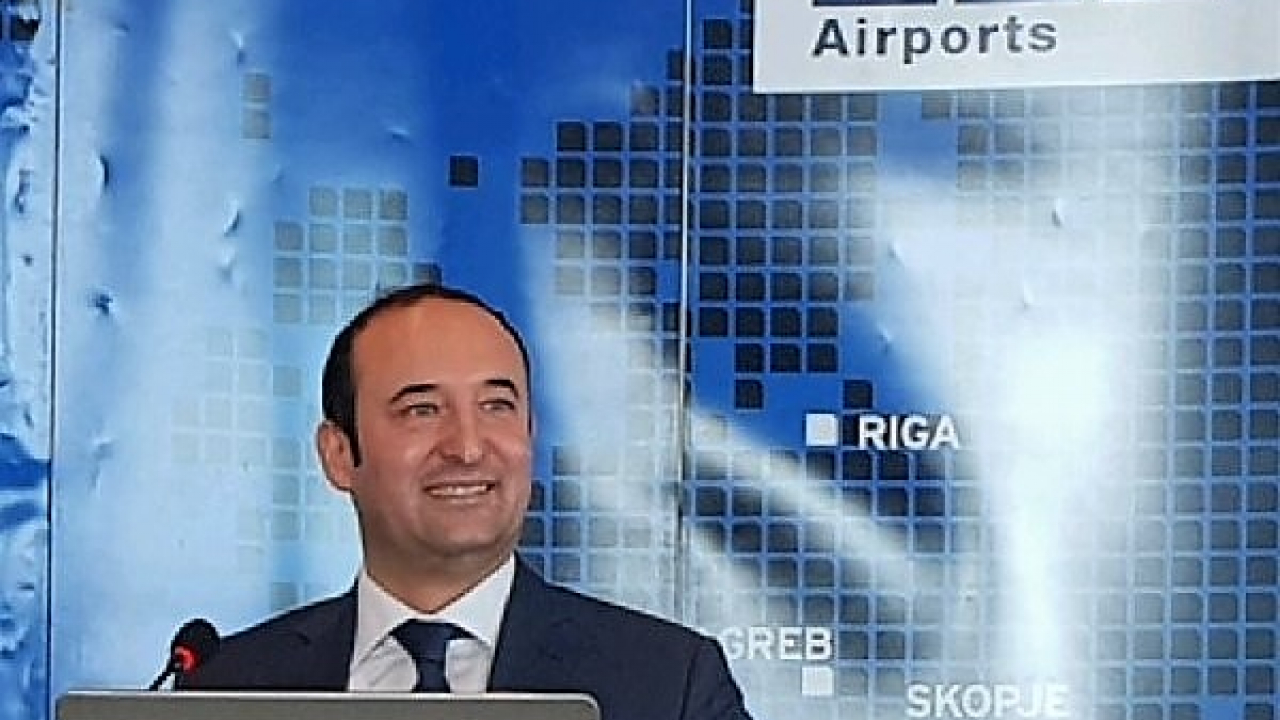 Alp Er Tunga Ersoy, has had a trailblazing career at Turkey’s global airport operator TAV. He started there in 1999 as duty officer at the international terminal of Istanbul Ataturk Airport and, since then, has spent almost two decades in the aviation business, mainly focused on airport management and ground handling operations in some far-flung places.

In January 2017 he was appointed as general manager of that business unit where he was in charge of the management and administration of Skopje International and Ohrid St Paul the Apostle airports. With the acquisition of Almaty Airport (ALA) in Kazakhstan (completed in April this year) – and based on the specific skill-set Ersoy has in establishing business operations in foreign countries – he was an obvious choice to manage this latest TAV asset. He became general manager at TAV Kazakhstan in July 2021.

Last year, TAV Airports CEO Sani Sener said of the ALA gateway that it is “clearly destined to be a fast air cargo hub on the New Silk Road”. Investments are planned to ensure that traffic grows well past the 6.5 million passengers that were processed before the pandemic hit. Ersoy will have a pivotal role in developing ALA.

Almaty Airport is now part of the TAV portfolio.

In the first of a two-part interview below Ersoy discusses some of the central customer service aspects that underpin wider plans for any airport’s development and enhancement, particularly those that have become more relevant since the pandemic struck.

Under your leadership tenures at previous TAV airports, what worked well across your organization in terms of delivering a better customer experience?

For all airports there is a common saying which is “happy passengers spend more”. However, crucial to making passengers happy is making your staff happy. It is vital to increase everyone’s awareness of how importance customer satisfaction is as it also reflects on the reputation of the company and also on the city and the country. It is therefore essential because the airport is the place where people arrive first, and is the last impression about a country when they leave.

How do you develop that awareness?

You need to create a culture around passenger satisfaction among all airport staff. In addition, participating in ACI’s ASQ – a globally recognized quality assurance program – and sharing the results of the survey with airport staff and other stakeholders helps to understand passenger needs better. Thus, we know which service(s) we need to improve; which we need to keep at the same satisfaction level; while winning awards also motives the entire team (see video at the end).

The management teams across our portfolio is constantly communicating about operational and commercial issues as well as customer satisfaction. We are sharing our experiences, best practices, comments about the services and products, which in turn benefits other airports within the group. Moreover, doing business in different geographies and cultures helps us to understand different passenger profiles in order to meet their expectations.

During the era of COVID, how have the fundamentals of the customer experience offer altered?

We went through a serious crisis for which none of us was fully prepared. Previously it was either an impact on operations, or a financial downturn but the pandemic wreaked havoc on the industry on a global scale, where we had to halt operations and needed to respond to the financial impact simultaneously. Borders closed suddenly, travel bans applied, lockdowns started, and the priority was the safety of passengers and staff. However, when the situation stabilized, airports immediately prioritized customer satisfaction because passenger expectations changed due to restrictions, and additional safety measures were needed brought on by the pandemic (see video above).

All airports operated by TAV received the ACI Health Certification, in addition to fulfilling regulations on national and regional levels. The ASQ survey was also updated with additional hygiene and cleaning questions. Before COVID19, passengers expected to be safe and secure at the airports but now hygiene has been added to this list.

[In the second part of this interview, Ersoy will address the topics of digitalization, non-aeronautical revenue, and what the future might look like for the passenger experience.]