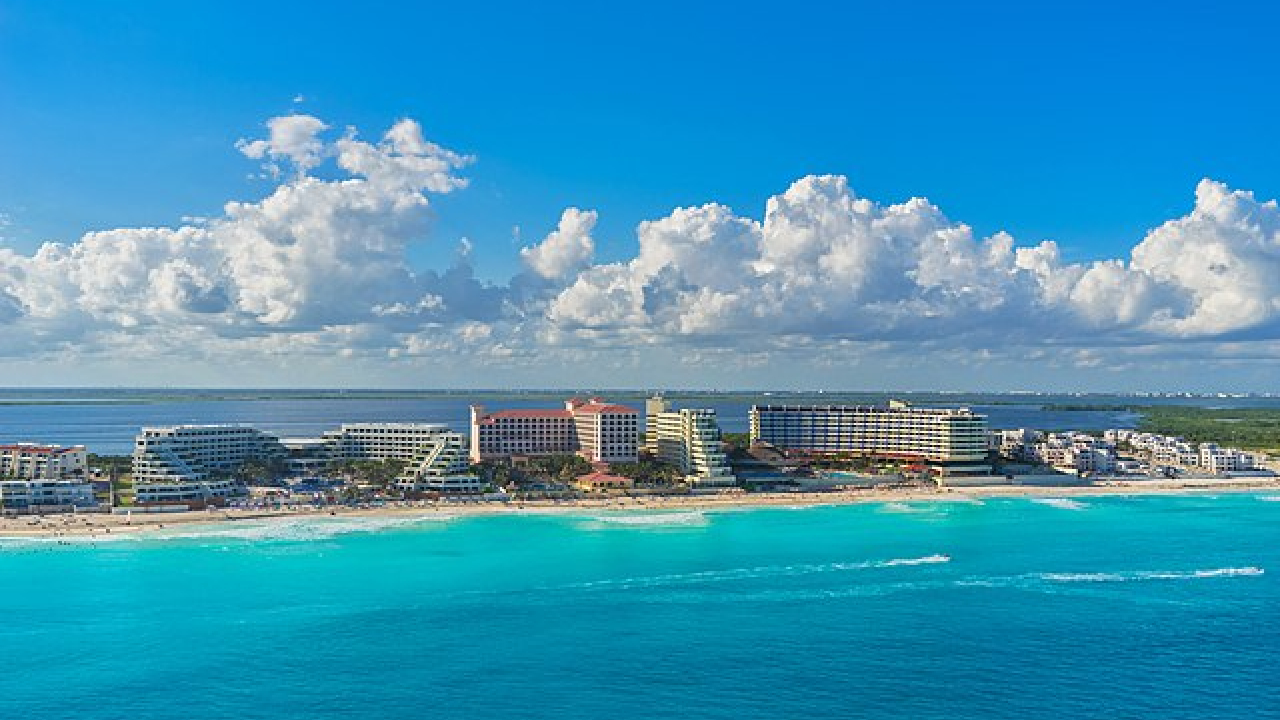 Airline booking analyst ForwardKeys has kept a vigilant eye on the travel recovery around the world. In doing so an unexpected twist keeps appearing: the creation of quarantine travel hubs. We’re not calling it a trend, more an example of the lengths people are willing to go to get to some long-haul destinations – even with tricky travel restrictions in place. And it has continued to play a role in travel and tourism since the start of the pandemic.

In August, we shared this observation regarding quarantine travel from Brazil to the US, Peru, and Panama via quarantine in Mexico, a country that has led the global travel recovery for this and other reasons. We’ve also seen a case of history repeating itself in the Middle East as well as from India to Canada via Serbia. 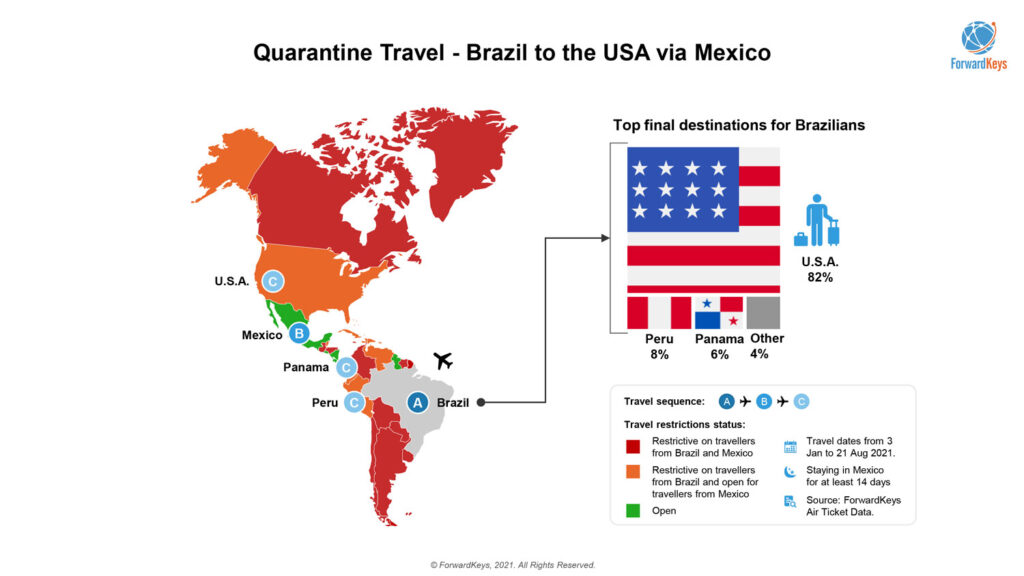 Mexico has been a backdoor route into the US.

Throughout the summer, travelers from Egypt spent their quarantine in Albania, UAE, Jordan, and Bahrain to get to the UK and to Saudi Arabia. “There was an overall increase in tickets issued from Egypt to Albania, especially one-way,” said Olivier Ponti, vice president of insights at ForwardKeys.

He added: “Looking at the air ticketing data we could also see an increase in travel from Egypt to Jordan from June. In pre-pandemic times Jordan was mostly used as a transferring point. Overall, the arrivals (all transits and longer stays) were behind by 35% versus 2019, but stays of 14-21 nights have increased significantly (by 35 percentage points).”

That length of stay suggests that travelers are using Jordan as a quarantine stop and analysis of onward destinations for these passengers, shows it is mostly to Saudi Arabia. 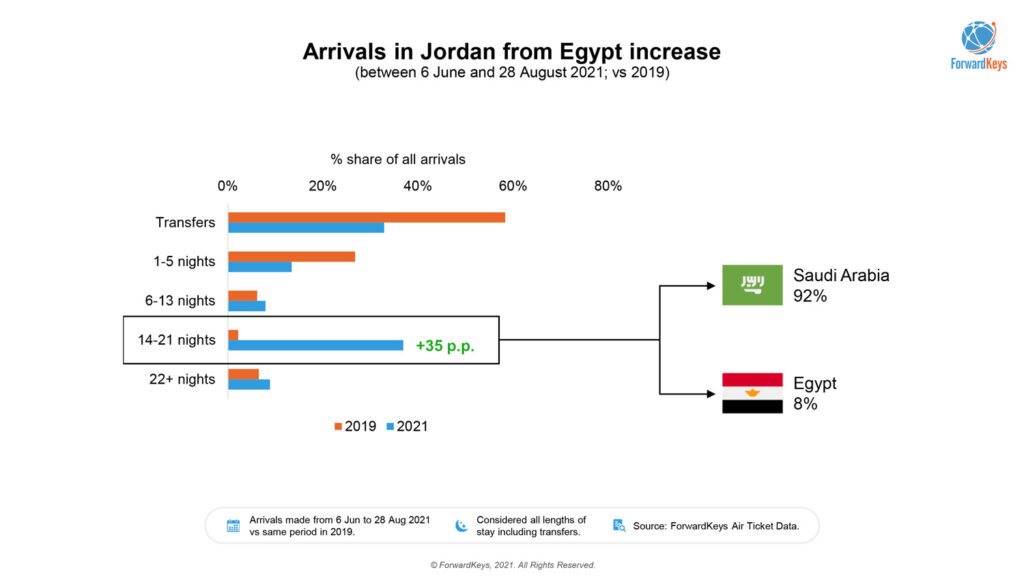 Extra long stays by Egyptians in Jordan versus 2019 suggested something more than just a sudden love of vacationing there.

The Curious Case of Indian Interest in Serbia

Another interesting case is India which typically has a big outbound air market. Destinations such as the UAE are already looking at ways to re-engage with Indian travelers and recapture their interest.

Looking at departures between April and August from India (the period when India had a new wave of cases and most countries banned flights from India) we can see an increase in departures to Serbia and Mexico as these two countries were still allowing entry for travelers from India. 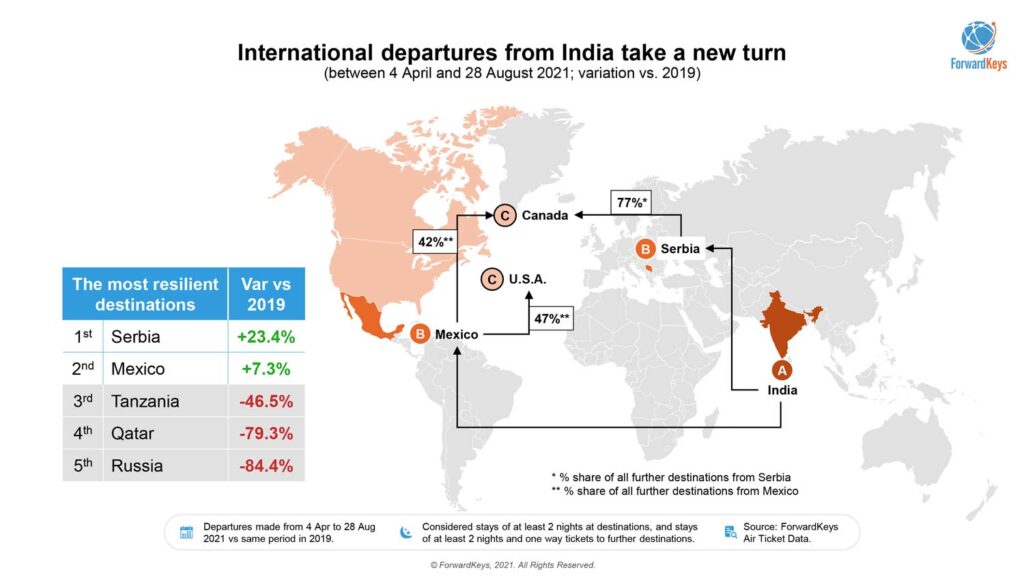 Both Serbia and Mexico have given Indians a way into the US and Canada.

The final destinations for those passengers, however, were mostly Canada and the US. The data show that 77% of the Indian arrivals into Serbia went on to fly over the Atlantic to Canada.

Mexico was the second best route used to get into either the US or Canada, just like Brazilian’s quarantining in Mexico before entering North America. And for Canada, non-essential travel is not allowed. Flights from India are banned, and Indians cannot even fly directly for “essential travel” – hence the necessity for the crucial stop in Serbia.

“A new rule that has since come into effect is that vaccinated travelers from India can enter Canada, but they have to transit via another country and get tested there,” added Ponti.

Things could change at any minute as new cases are reported or travel restrictions evolve. However, these changes in travel patterns show the extent of pent-up demand and the determination of people to travel despite the obstacles and challenges.