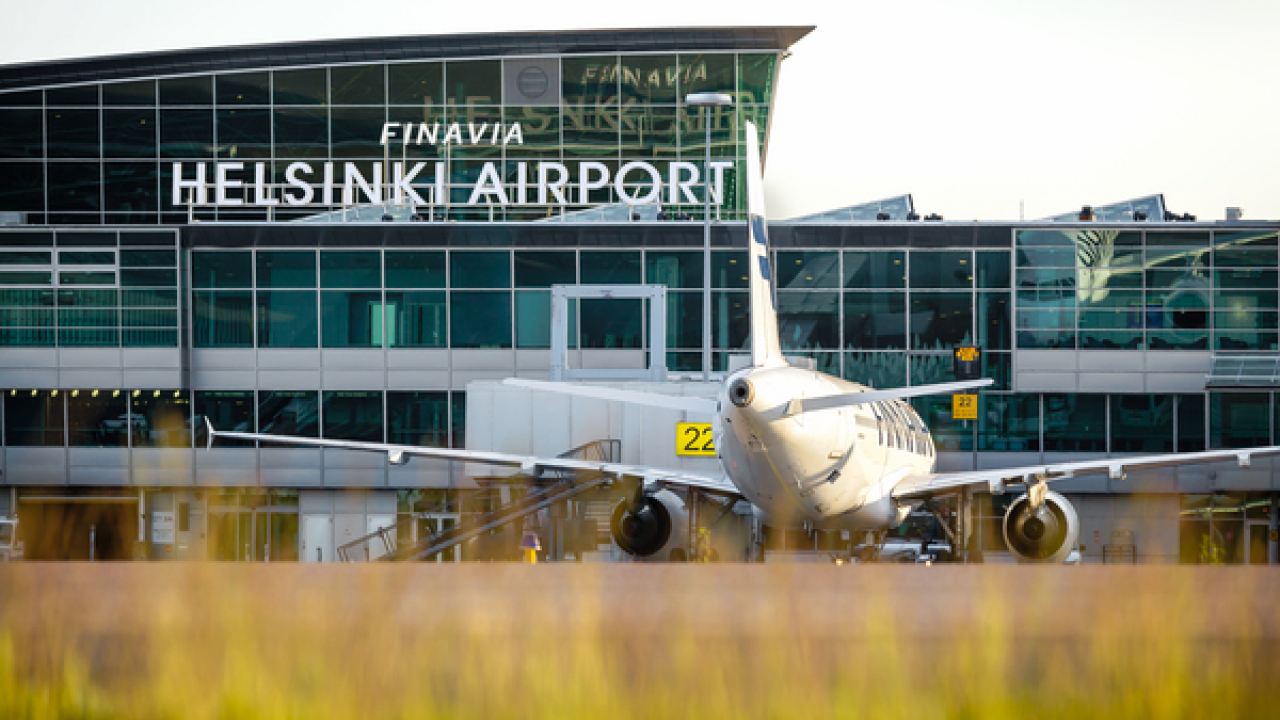 Demand for air travel globally had been improving this summer. Signs of a rebound in Europe in particular, including the Nordics, in the run-up to the winter season were good. They were helped by a combination of more vaccinations, the implementation of EU Covid Certificates from July 1, and the adoption of new entry rules in Europe.

But then the industry hit some turbulence in August according to global seat capacity analysis from OAG. At the global level, year-over-year scheduled capacities have risen slowly but remain below pre-pandemic levels. And scheduled traffic for the rest of 2021, while showing positive signs in narrowing the gap to 2019 levels, has started to level off.

Seat capacities for 2021 (in yellow) were on a promising path until a setback in August.

The month of August showed a few worrying trends: 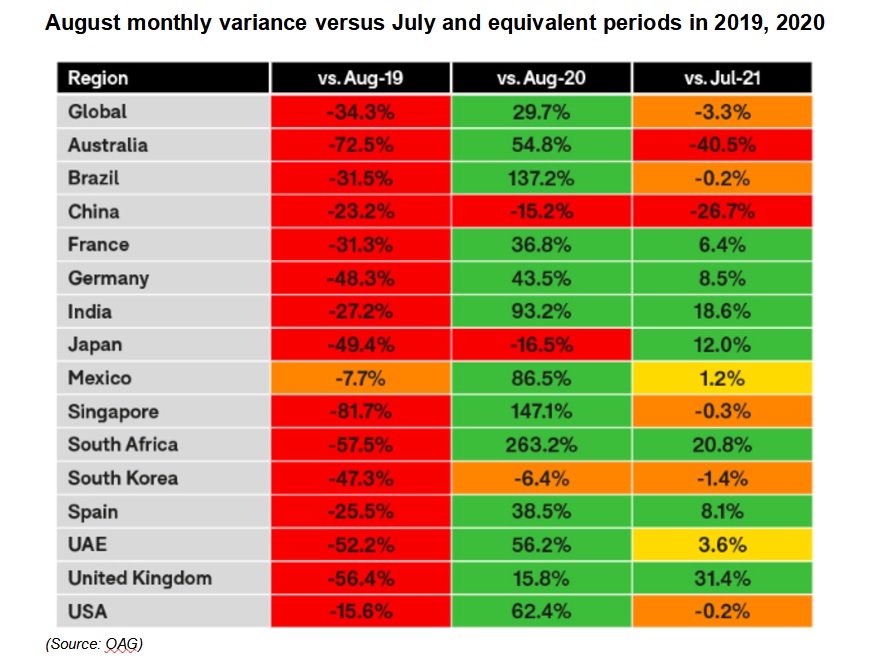 OAG has put together some estimates of what taking out 100 million seats looks like for airlines. On the basis that 80% of those seats had been filled at an average yield of $200, that’s $160 billion of revenues lost. “These numbers are before the EU recommendation to limit US traveller access, partly because of the Delta variant raging in the US, but perhaps more out of frustration at the lack of reciprocity from the US authorities,” points out OAG.

With respect to Europe, the monthly August data are looking a little more positive for countries like Spain and France, compared to pre-pandemic. They were down by just 25% and 35% respectively helped, no doubt, by their reputations as summer getaway destinations.

In the Nordics, volumes have been somewhat lower than in central and southern Europe. The region is currently witnessing recovery, and fully vaccinated people are in the process of planning their first air trips for almost two years. This is only in regard to European short-haul traffic; flights to and from Asia are expected to take longer to recover, as restrictions on the continent continue to inhibit demand at hubs for network carriers such as Helsinki and Copenhagen.

In the second part of this article I will look, in some detail, at how competition in the Nordics is stacking up as more travelers take to the air.