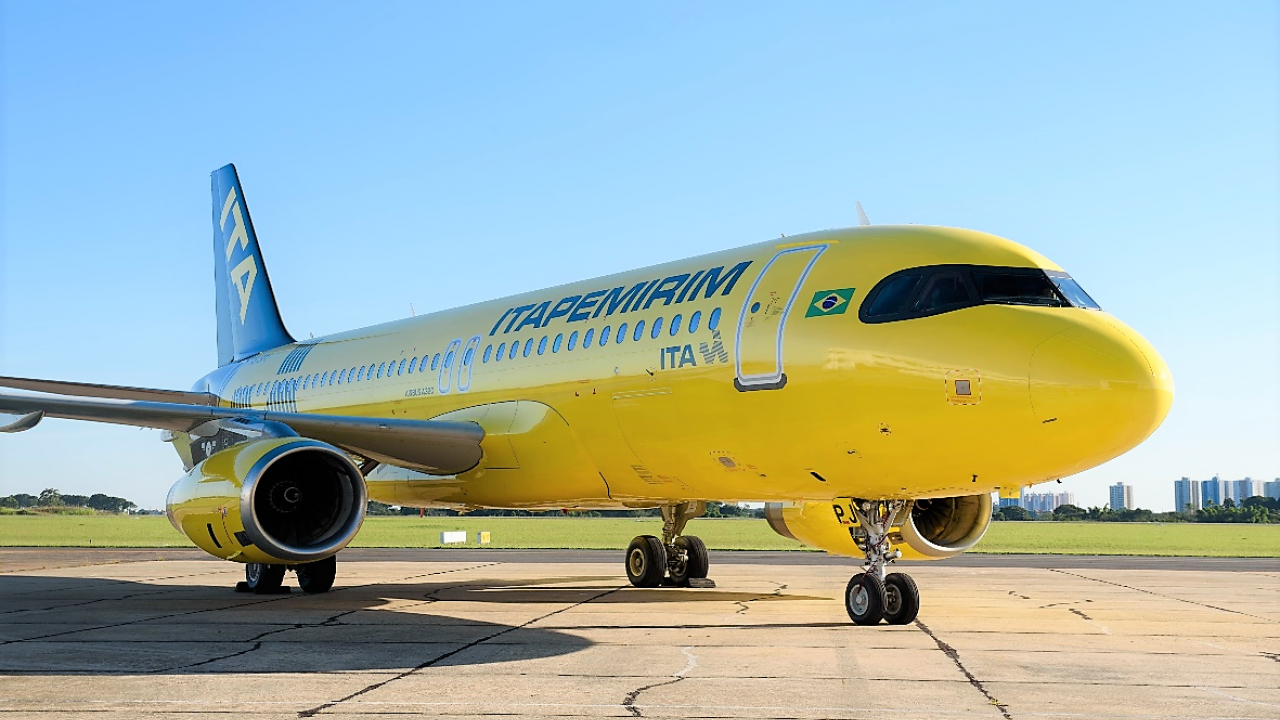 With the next round of Brazil’s airport privatizations underway, it seems fitting to examine the country’s air transport market in more detail; understand key trends that have emerged during the pandemic; and see what the future may hold.

Gol has retained its market-leading position through the pandemic

Data from the National Civil Aviation Agency of Brazil (ANAC) indicate the domestic market handled just under 100m passengers in 2019. This was steadily increasing over previous years, with 2016 to 2019 producing a compound annual growth rate of 2.4%.

The pandemic meant that 2020 saw a marked decline in passenger volumes with traffic approximately half of 2019 levels. The graph below highlights the findings from the ANAC analysis. 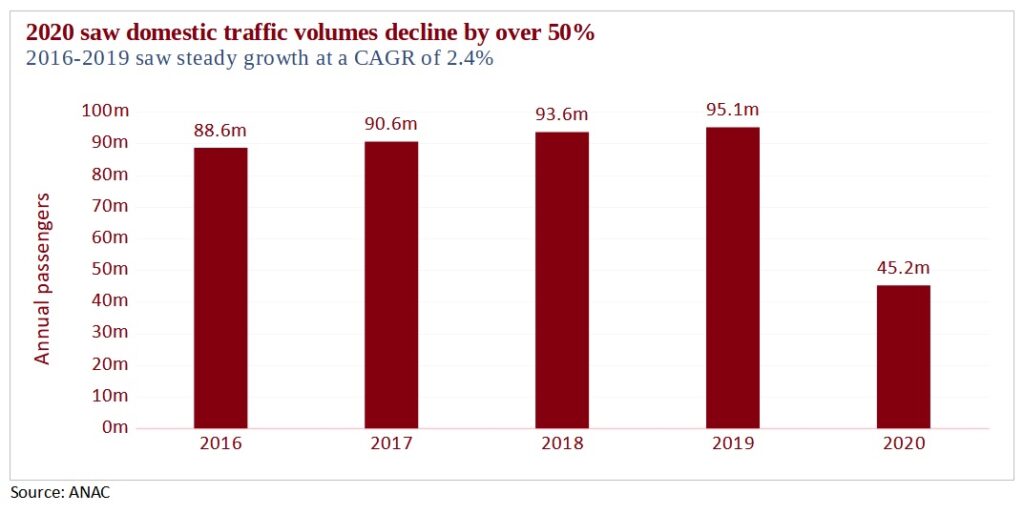 If we examine the data on a monthly basis, the COVID impact becomes more apparent. Importantly, the recovery since the market bottomed out in April 2020 has been fast. While other global market recoveries have been more subdued, domestic passenger volumes in Brazil have followed a focused V-shaped pattern (see chart below).

Looking at forward airline schedules, a similarly optimistic picture can be painted. Schedule data sourced in February 2021 show that airlines are planning on adding capacity aggressively over the remainder of the year. It should be noted though that airlines have also been quick to adjust their schedule to align to demand. So it may be the case that the capacity levels seen in the graph below may not materialize to the degree that airlines have included them in their planning so far.

Noticeable in the above analysis is the composition of the domestic market. The standout point is that the overwhelming majority of capacity is provided by three carriers: Gol, LATAM, and Azul. Until recently, Azul and LATAM were code-sharing on a number of routes which reduced competition further.

The following graph illustrates the market shares from 2016 to 2020. Avianca Brasil was also in the mix until it ceased operations in early 2019. Market concentration has increased as result, as the share from ‘other’ airlines including Avianca Brasil dropped from 12% in 2016 to jist 1% in 2020. This is highlight by the HHI score increasing (see chart below).

There have been a number of airlines seeking to start up to counter this lock-out by the big three players. Notable examples include ITA Transportes Aeroes and Nella Linhas Aereas. ITA is in the processing of commencing operations with a fleet of A320 aircraft.

Its launch network was focused on the southern and central regions of the country. ITA Transportes Aeroes received its Air Operators Certificate (AOC) from ANAC in April this year but it has scaled back its expected fleet of 10 aircraft to 5 in the short-term blaming a lack of demand.

Meanwhile, Nella Linhas Aereas is intending to operate a fleet of ATR-42 aircraft to regional centres with a focus on central Brazil. To date, there have been no public announcements of its specific route network plan, and the airline is still awaiting its AOC.

Brazil was certainly not immune from the effects of COVID19, but the sharp internal air recovery up to now, has shown the market’s resilience. The forward-looking schedules indicate airlines have confidence in the domestic market despite ITA Transportes Aeroes’ pull back. In May, Gol expressed optimism in the domestic market outlook.

Furthermore, with new airlines looking to start operations, there appears to be a high level of hope throughout the industry. At least from an aeronautical perspective, airports in Brazil should continue to see passenger volumes increase over the short-term. Airport investors looking at the opportunities available during the seventh round of privatizations may have missed the worst of the crisis.