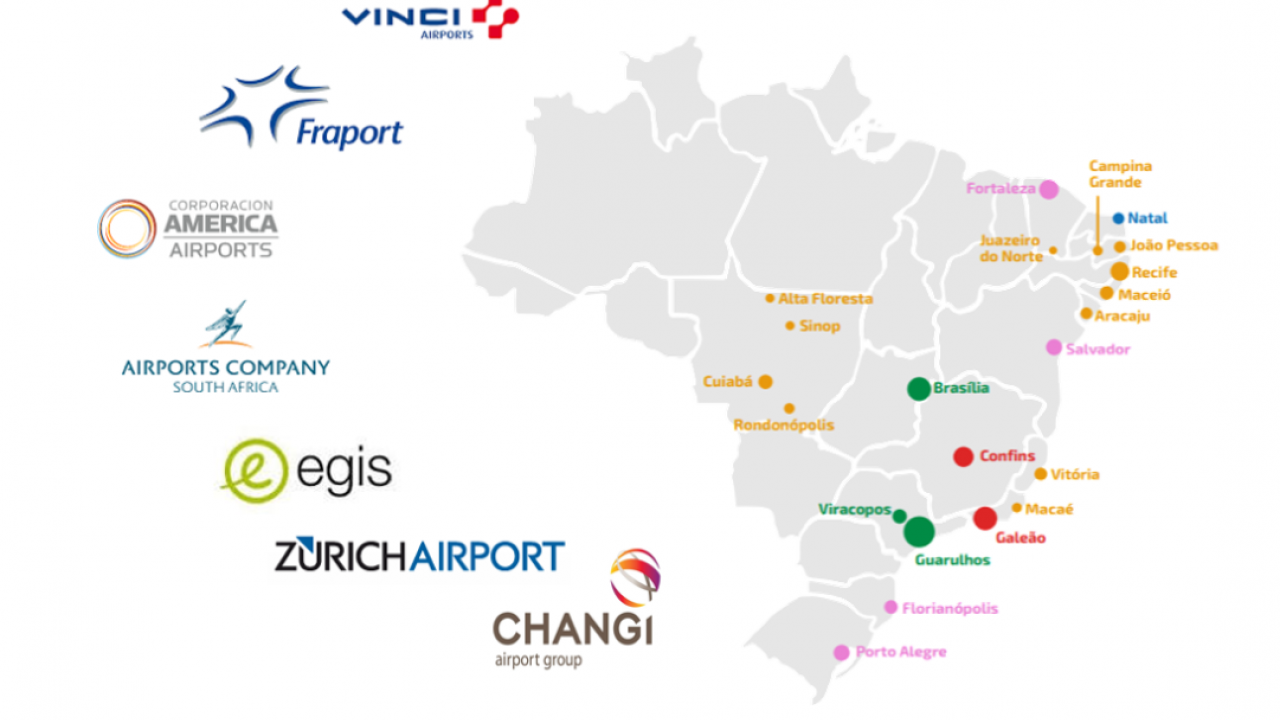 Charles Dickens’ 19th century novel The Tale of Two Cities, set in London and Paris amid the turmoil of the French Revolution, was a time of profound social, economic and political change, punctuated by the Reign of Terror.  Over a century and a half later, the world is facing a new terror as the COVID19 pandemic rampages across the globe leaving carnage in its path across virtually every sector of the world economy, with aviation arguably taking the harshest hit of all. As with the period and conditions leading to the French revolution, Brazil’s Viracopos (VCP) and Natal (NAT) airports were facing many challenges and calamities in the years prior to the current pandemic, however this latest crisis marked the death knell of these two concessions. On May 26th the National Civil Aviation Agency (ANAC) made official what was anticipated for many months by ratifying the re-bidding of VCP and NAT under new concessions. As featured in our June 2019 IR Spotlight article Brazil Airport Privatizations: Success or Failure?, to date, Brazil has completed five rounds of airport concession tenders/auctions, awarding a total of 23 airports (incl. VCP and NAT) to a range of consortia including seven international operators and, in some cases, local partners as well as state airport operator Infraero.

In March of this year, VCP’s concessionaire Aeroportos Brasil Viracopos (ABV) and NAT’s Inframérica Concessionária do Aeroporto de São Gonçalo do Amarante (ICASGA) both submitted requests to hand back their airport grants to the government. The surrenders were voluntary acts of the concessionaires –  effectively a “friendly return” of the assets.  In addition to facilitating continuity of airport services and sub-concessionaires, ABV and ICASGA must maintain service quality and operational safety until the airports are transferred to the new concession companies. Whether VCP and NAT will we bundled with one of the blocks in the upcoming 6th round of airport concessions or put to market on their own is yet to be revealed, but what is certain is that VCP and NAT will not enjoy the same bullish investor optimism that existed when they where first tendered back in 2012 and 2011 respectively. Back in those heady days, with Brazil’s star rising as a prominent member of the BRICS fraternity alongside Russia, India, China and South Africa, and the 2014 FIFA World Cup and 2016 Summer Olympics on the horizon, the future was bright.

Sadly, we all know the sorted saga that followed – the Lavo Jato corruption scandal rocked the country to its core.  Ultimately, the aftershocks of this crisis triggered a seismic political shift to the right, setting the scene for the election the current Bolsonaro government. Although the details are still sketchy, it is expected that ANAC will present the VCP and NAT re-bidding plan to the Council of the Partnerships and Investments Program (PPI) in the coming months, prior to referral to the office of President Bolsonaro. Following a review of the re-concession plan and qualification process by the Federal Executive Branch, as well as approval the new grant scheme, preparation of the new concession process will commence.

Viracopos – In Feb. 2012, the ABV consortium comprised of Triunfo Participações e Investimentos, Participações UTC and Egis Airport Operation won the right to operate and develop VCP under a 30-year concession. ABV resolved to return the concession to the Brazilian state in the face of USD700m in debt and potential bankruptcy.

NATAL – In 2011, the ICASGA consortium was awarded the right to develop and operate NAT, the first Brazilian greenfield int’l airport to be developed by the privatize sector. ICASGA offered a 233% premium in its winning bid. On opening in May 2014, NAT became the first privately operated airport with foreign ownership in Brazil.