International flights were allowed to land at only four Canadian airports* when the data for this study was collected (April 13 to July 31). They were:

During that period, 75% of the 892 COVID cases identified were concentrated in Eastern Canada. However, Calgary Airport had the greatest share of COVID affected flights (at 18%, see maps below), or almost one in five, with AMS, DFW and DEN accounting for 70% of the cases. 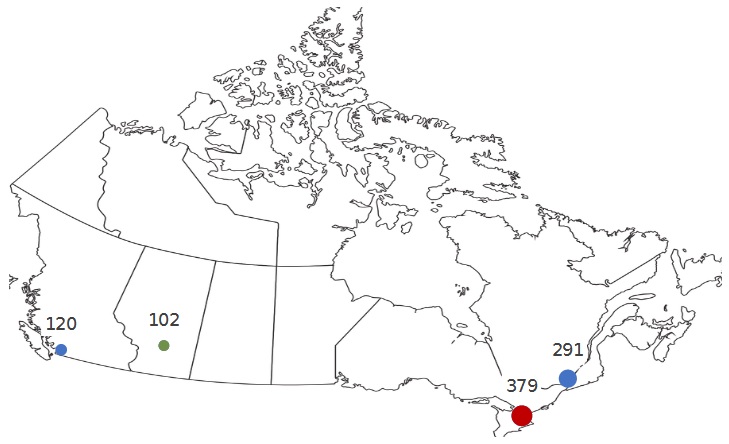 During the period of analysis, case numbers were highest in Toronto and Montreal (above), but in terms of proportion of flights Calgary was worst hit (below). 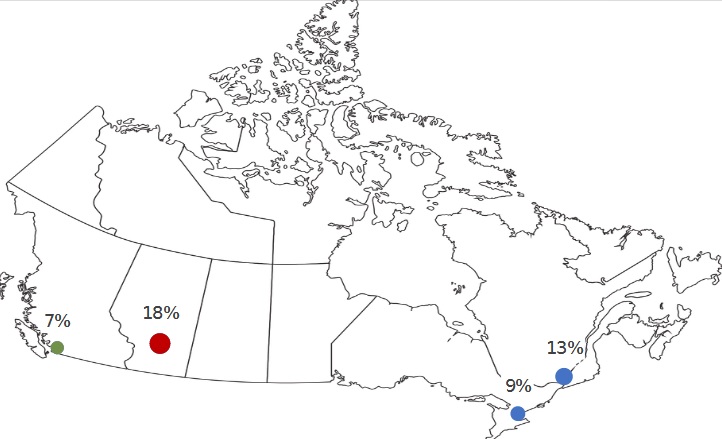 From early April, thanks to the emergence of the Delta variant from India, COVID cases were increasing and this prompted the government to act. Starting April 18 (corresponding to week 17 in the charts below) direct flights from India were banned.

In parallel, the share of affected flights has also increased, averaging 14.6% during the last three weeks (29-31), up from around 9% in prior weeks. We don’t have figures at a Canadian level but on August 12, the Regional Direction of Public Heath of Montreal indicated that about a third of all COVID cases were linked to international travel. It is also interesting to note that starting July 5, fully vaccinated travelers were no longer required to quarantine or complete a day-8 test.

Unsurprisingly, when the Canadian government announced that it planned to re-open its borders, a number of carriers introduced additional flights. Both the US and the rest of the world are currently expected to have flight levels in December 2021 close to those in December 2019.

Since the pandemic started, we have grown accustomed to carriers typically scaling back their flight schedules as the departure date gets closer. Even if this happens, it is safe to assume that, if all international borders are re-opened by September 7, flight activity during Q4 will be the highest of the year.

With the Delta variant currently the dominant strain, coupled with the re-opening of international borders and increased scheduling, it is likely that the number of affected flights will increase despite the tight entry measures accompanying the re-openings. While this seems probable, it is impossible to know the number of cases, their origin and which Canadian regions will be most impacted.

In spite of the uncertainty, a simple ‘what if’ scenario was prepared based on the following:

As expected, the numbers of cases (under both scenarios) increase to unprecedented levels, in the worst case by a multiple of ten (compare the red box totals in the two tables above). If indeed Canada does head in that direction, the government might react, for example by closing the borders again in an effort to keep the epidemiological situation under control.

If this happened, it would be a step back for this industry and while there is a lot of uncertainty surrounding these scenarios, they highlight the challenges ahead for the commercial aviation industry as it tries to rebound.