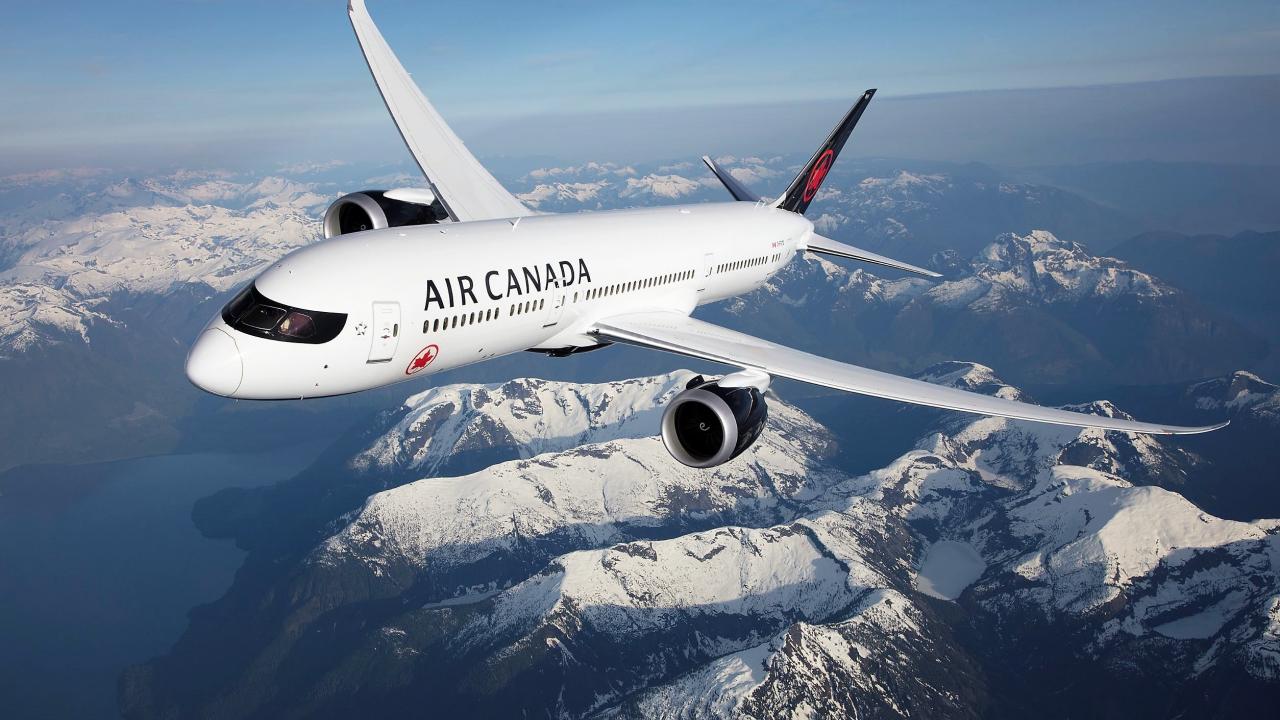 During the pandemic Canada’s borders have been mostly closed to non-essential journeys. For those who did travel, a series of measured applied upon arriving in Canada including a 14-day quarantine. Effective August 9, Canada began allowing entry to Americans for non-essential travel and if the domestic epidemiological situation remains favorable, this will be extended to the rest of the world on September 7.

To enter travelers must:

As an aid to managing the pandemic, the Canadian government collects information to track COVID exposure on airplanes, trains, buses, and cruise ships. With the reopening of borders, it seems timely to analyze the data related to air travel to understand the past – and to see what the future might hold. The analysis is based on flights which took place between April 13 and July 31 2021 and relies on government statistics and airline schedule data from Cirium.

During this period, 894 international arriving flights were considered to be ‘affected’* and this represented 10.2% of all international flights (~7,000) into the country. Some 92 international destinations were served of which 68 had at least one flight with a COVID case.

At the other end of the spectrum, Mexico, Latin America and Africa accounted for only 8% of international flights, but many of them posed a problem. It is impossible to pinpoint with precision why this is the case but certainly the fact that the residents of these regions have a lower percentage of their populations vaccinated, plus some of these countries have (or have had) large COVID outbreaks, form part of the explanation. Finally, Asia-Pacific also accounted for 8% of international arriving fights but few have been problematic highlighting the excellent management of the pandemic by many countries in that region. 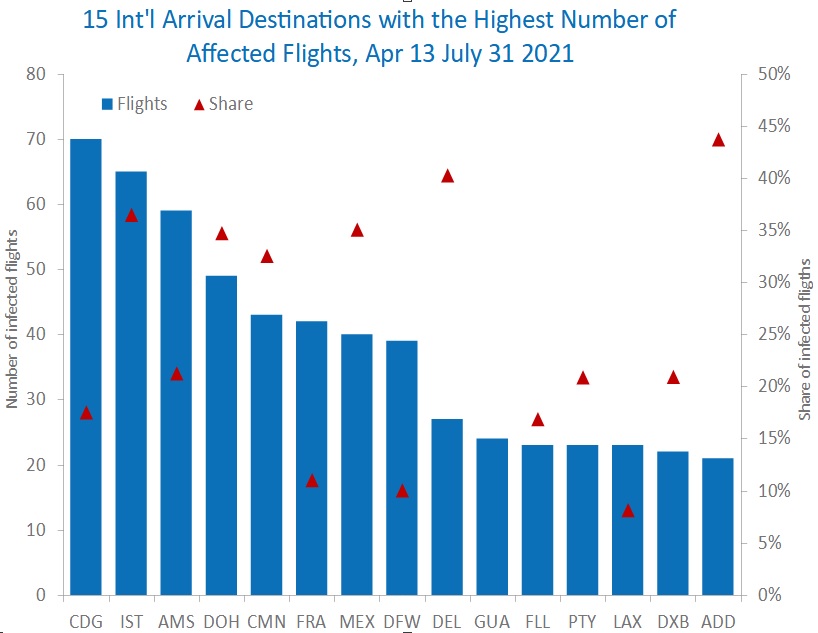 Zooming in at an airport level, we can see that large international hubs are the source of many problems (see chart on left). This should not come as a surprise since many smaller/secondary markets are currently not served** meaning that demand is largely handled by hubs.

In absolute numbers, CDG, IST and AMS had the highest number of affected flights. But as a proportion of their total flights, Delhi and Addis Ababa were the biggest offenders (both over 40%). In terms of airlines, we note that Air Canada, the largest carrier in the country with close to half of all international flights, accounted for the largest number of ‘affected’ flights (29%), followed by Turkish Airlines at 7% and Air France at 6% (see pie chart below). 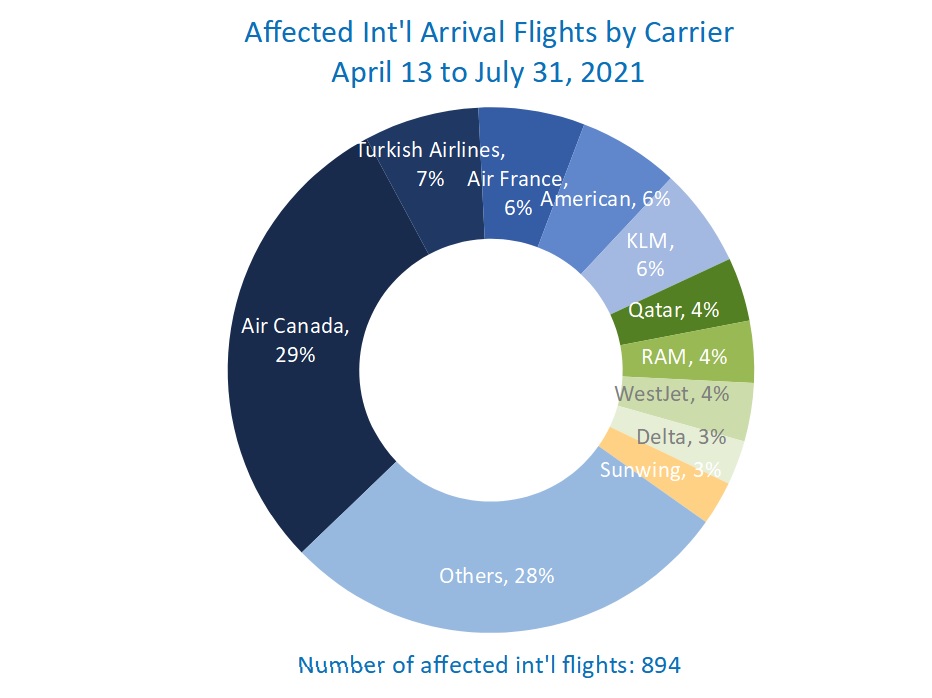 As a proportion of their flights, however, Air France, Royal Air Maroc (RAM), Turkish Airlines and Qatar all had over 25% of their flights to Canada affected by COVID while Air Canada had less than 10%.

* A flight is considered ‘affected’ if a person with COVID19 traveled on it while infectious.

** Between April and July 2021 there were 92 international destinations compared to 210 for the corresponding period in 2019.