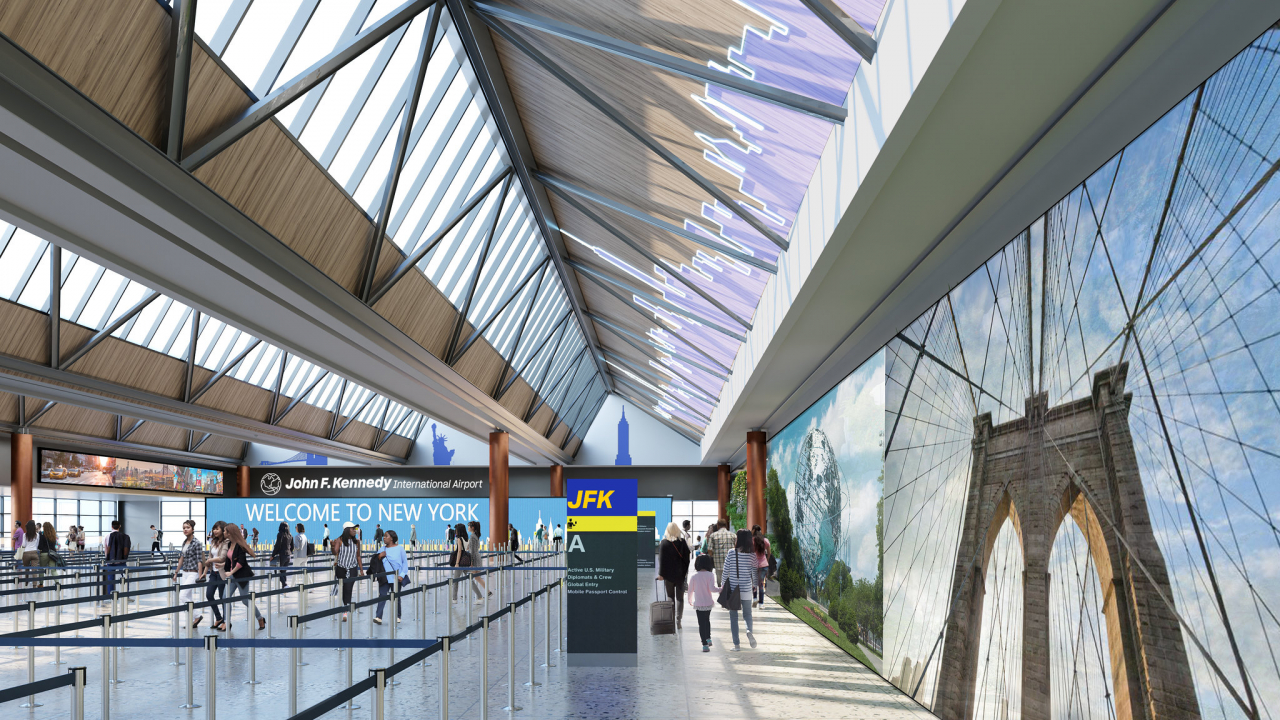 Historically, the public-private partnership (PPP) model in the United States has lagged other parts of the world—and even today it continues to move at a sluggish pace. However, there have been some notable, high-profile and high-value projects offering hope that the market might blossom nicely.

The impressive LaGuardia Terminal B transformation, and the more recent go-ahead for the $9.5 billion international terminal at New York’s main air hub JFK International—both under the control of the Port Authority of New York and New Jersey—signal that PPPs are a way forward for airport development, despite an intermittent history. 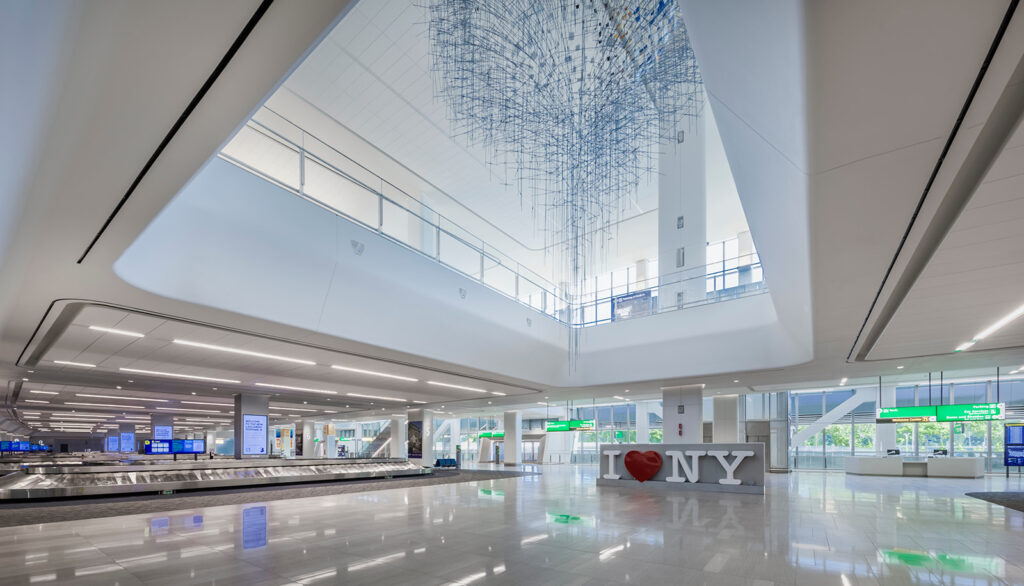 LaGuardia Terminal B has seen a total transformation. (Courtesy of LaGuardia Gateway Partners)

At the recent Global Airport Development Americas (GAD Americas) event in Puerto Rico at the end of May, David Feldman, Managing Partner at Switzerland-based aviation consultancy Exambela Consulting, offered an insightful presentation on the state of the U.S. airport market from a PPP and long-term concessions point of view.

Should we expect a shakeout of players in the U.S. PPP market?

He outlined some of the critical elements that were holding back the market from flourishing, and also looked at the players in the markets—of which there are more than 15—that are succeeding and what it takes to become the leader of the PPP pack. Some important factors are credibility, politics and a solid value proposition.

Exambela Consulting cites some unique factors in the U.S. market versus airports in Europe, Latin American and Australia, where a long history of privatization exists. These factors include:

While, on the face of it, European airport operators are highly knowledgeable about PPPs, and also not afflicted by any of the above factors, they sometimes comes into the U.S. unprepared. Feldman told AirportIR in an interview: “What still amazes me is how naive they are when it comes to the American market. Just because they have great hubs in Europe doesn’t mean that those skills are applicable to the U.S. market—by any measure.”

Factors such as local politics, lobbying skills and the time that all of this involves all play a part. To assess relative success and failure, Exambela Consulting has come up with a quadrant map (see below) identifying, firstly who is in the market, what is their background, and what they are focused on. 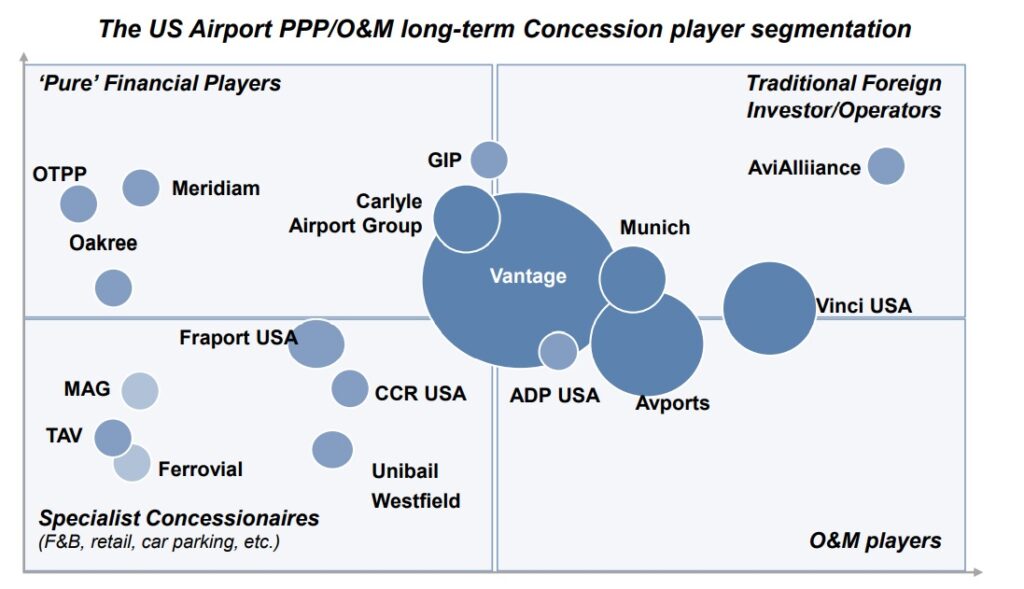 “Then it’s a question of what are they good at,” said Feldman. “And that is the hardest part.” Some airport operators do just about everything but the consultant noted that “those are the ones you need to be most careful about.”

Exambela has also shown the PPP momentum of players active in the U.S. airport market, noting that momentum does not necessarily show who is winning. Of the 17 companies under review, the consultancy has highlighted six that have been party to major deals in the past five years. They are: ADP USA, Avports, Carlyle Airport Group, GIP, Munich and Vantage (see below). 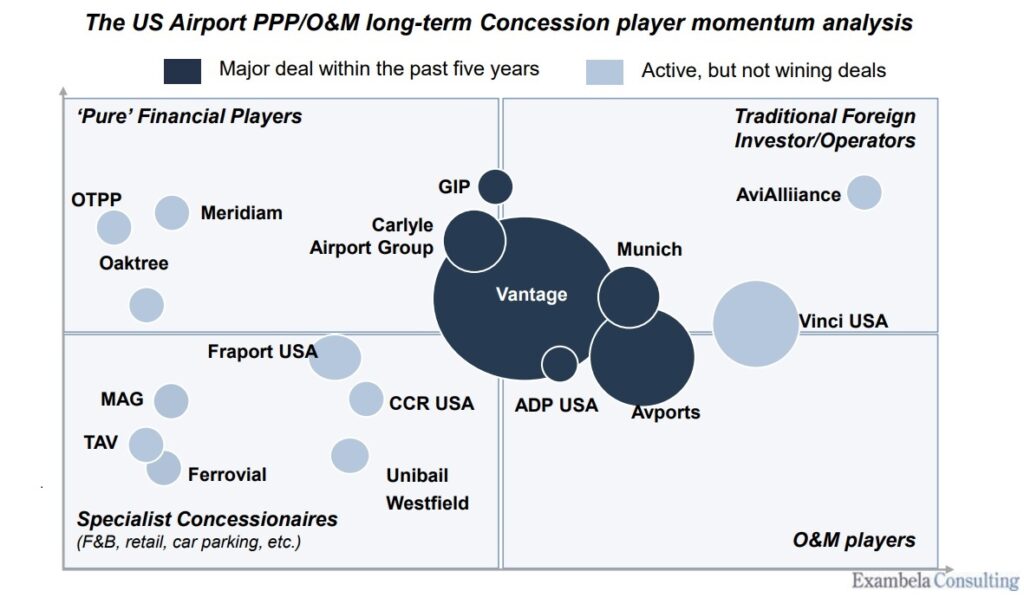 Others, be they ‘pure’ financial players like Meridiam and Oaktree, or specialist concessionaires such as Fraport USA, the U.K.’s Manchester Airport Group (MAG) and Turkey’s TAV, have not done much in recent years. Market exits or consolidation plays, especially in the lower left quadrant can therefore be expected in the coming years.

In fact, MAG merged its American and digital divisions—MAGO and MAG USA on April 1—to form a new business called CAVU (taken from the aviation and meteorology term ‘Ceiling and Visibility Unlimited’) with a focus on driving commercial business for airports.

The reorganization of these two divisions began in 2020 in anticipation of the creation of the new entity led by CEO Martin Jones, formerly President and CEO of MAG USA. CAVU operates as an agency serving MAG airports as well as external clients around the world, developing solutions to enhance their offering to travelers.

Feldman said: “A few years ago we were hearing how Westfield and MAG were planning to enter the (U.S.) airport business via retail, lounges, car parks, etc, with the hope of going bigger. I think they quickly realized that was going to be challenging, and other people were already competing in that space.”

MAG USA may now have found its niche in the American market via CAVU. Given the relatively few PPP deals in the U.S., it might be surprising that so many international players are sticking around. For those that are planning to stay the course, the most important weapon in their armory will be to clearly define their value proposition in a way that is well understood, which means building up contacts at every level.

Feldman commented: “Relationships are important everywhere but they are particularly important in the American market. You have to be credible in the U.S., regardless of achievements elsewhere.”

Another factor that can determine credibility, though it has dropped down the priority list, is access to capital. Five years ago this was probably the most important factor, but not so much today because markets are awash with available funding. However, in the current deteriorating economic climate, where this money comes from could start to change as it did in the wake of the 2007/2008 Global Financial Crisis.

For European hopefuls coming to the U.S., setting up an American affiliate in New York is just a first step in entering the market in a meaningful way, and as far as some would-be operators ever get.

Modalis Infrastructure Partners founding partner and CEO Curtis Grad, commented: “Every city is like a new country when it comes to the U.S. because there are different politics, different constraints and considerations involved. The FAA (Federal Aviation Administration) is the only consistent part.”

Feldman added: “Even in terms of traffic mix you see these low-cost bases as well as the big hubs, and then there are medium-sized cities where there is a mixture of everything. Foreign players sometimes don’t realize that in St. Louis you don’t have the demographics that you might have going through Munich—they won’t be spending the same.”

Likewise, there are some unusual quirks across America. In an airport like Hollywood Burbank in the county of Los Angeles, car parking is an unusually big revenue driver. The gateway, also known as Bob Hope Airport, drops a hint to the type of affluent clientele the airport serves.

In the fiscal year ended June 30, 2020—most of which was pre-pandemic—car parking accounted for 33% of total operating revenue ($53 million) at Hollywood Burbank. Due to the demographic served, there are plenty of added-value possibilities to raise this share further.

Looking ahead at the U.S. Airport PPP market, Feldman was hopeful that activity would resume as traffic continued to pick up and conditions normalized again. He said: “I predict at least one big transaction per year over the next three years.” He qualified ‘big’ as the equivalent of a terminal at somewhere like JFK, or a facility processing at least seven million people annually.

He added: “There will also be perhaps two smaller transactions per year, at the level of Tweed Newhaven Airport [where Avports has presented a proposal-Ed]—locations with less than two million passengers.” At the end of that three-year period, the question will then be: will the airport market have recovered enough from COVID to fully open the door to new deals across municipalities?